Rome Open: Serena to face Venus in a rome re-match 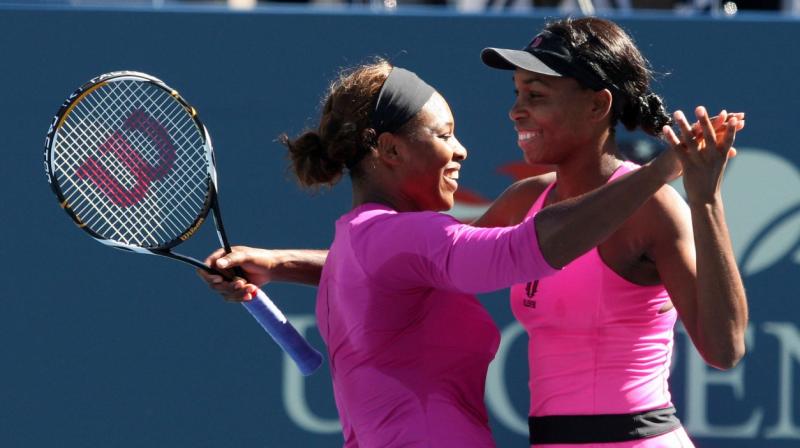 38-year-old Venus, whose only Rome title came back in 1999, needed over three hours to battle past Belgian Elise Mertens 7-5, 3-6, 7-6 (7/4). Serena has not played since a hard-fought three-set win also over Petersen in the second round at the Miami Open in March before withdrawing with a knee injury. (Photo: AFP)

Rome: May 14 Serena Williams will take on sister Venus in the second round of the Italian Open more than two decades after they last met on the red clay of Rome after both advanced in different styles.

Serena has not played since a hard-fought three-set win also over Petersen in the second round at the Miami Open in March before withdrawing with a knee injury.

Watched by her husband Alexis Ohanian, Williams sealed victory on her second match point against her 64th-ranked opponent after 76 minutes on court.

"I felt good, I wasn't sure how it was going to feel," said Williams.

"It's been a while, I haven't played a ton of matches this year, not by choice, just by force.

"I really, really, actually desperately wanted to be on the tour and to be playing, but it hasn't been able to work out.

"It felt good to finally be back out. Hopefully I'll be able to keep it up."

Despite her lack of practice, tenth-seeded Williams was never threatened by Peterson, despite 22 unforced errors by the American in the first set.

"I haven't been able to train or practice a lot, I was out much longer than I expected," she explained.

"I did everything I could to stay fit and keep my cardio up.

"I love the clay season and wanted to do everything to be a part of it and I'm here.

"I've just been on this diet basically. It's been awful. When you're sedentary, it becomes hard to manage your body. So it's just basically you have to eat grass.

"It was a nightmare. But it worked and it paid off. I feel like I'm taking it one day at a time."

In the meantime she has been enjoying sharing her favourite sites in Rome with her daughter Olimpia who turns two in September.

"It was really cool to share my favourite city with her, some of my favourite things to see. Obviously the pasta and the food."

"It's okay," she said of all the tourists.

"I just smile and take pictures. I don't mind so much."

It will be another family affair on the courts of the Foro Italico, when she plays Venus, with the sisters last meeting in 1998, 21 years ago.

"I mean, it was like the semi-finals or the finals. No, the quarter-finals? I vaguely remember that.

"We play each other a lot. It seems like every tournament nowadays we meet early. Yeah, it is what it is. We'll see.

"She has a tough first round," she predicted.

Venus, meanwhile, came out on top of a tight contest that went all the way to a third-set tie-break despite letting the Belgian back in by missing six match points on her serve.

She missed a further two match points as Mertens battled to level the set at 6-6, before finally taking the match in the tie-break and setting up a 31st clash with her sibling.

"We're just as fierce, Venus is just as fierce. We both really want to get some match play. We'll both do the best that we can," warned Serena, who leads 18-12, the most recent at last year's US Open.

Venus said she remembered "pretty much zero" about their last meeting in Rome which she won all those years ago.