Bertens held at 5-5 and then forced a tie-break with an ace. 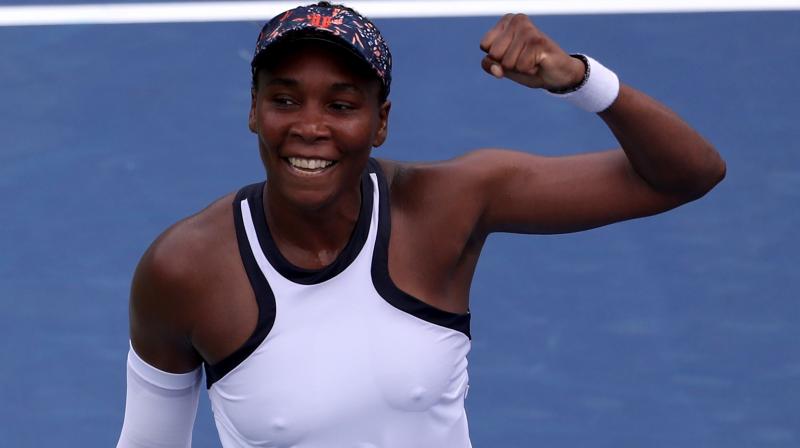 Former world number one Venus Williams, playing what she called 'smart' tennis, beat defending champion Kiki Bertens 6-3 3-6 7-6(4) in the second round of the Cincinnati Masters on Tuesday. (Photo:AFP)

Former world number one Venus Williams, playing what she called “smart” tennis, beat defending champion Kiki Bertens 6-3 3-6 7-6(4) in the second round of the Cincinnati Masters on Tuesday before her sister Serena withdrew due to back problems.

Serena, who was forced to retire from the Rogers Cup final on Sunday because of back spasms, had been due to play Zarina Diyas in the first round as she prepares for her tilt at a 24th Grand Slam title at this month’s U.S. Open.

After Venus and Bertens split the first two sets, Williams surged ahead 3-0 in the third thanks to some excellent volleying but struggled to put her opponent away, committing numerous errors when serving for the match at 5-3.

Bertens held at 5-5 and then forced a tie-break with an ace.

Williams, however, took control of the tie-break, moving ahead 3-0 and 6-2 before sealing the win.

“I just tried not to go too big, because I can go so big and I have a lot of power and it’s not always easy to control it,” Williams said.

“So I’m trying to play smart instead of going hog wild, which is extremely easy to do.”

German 13th seed Angelique Kerber exited the tournament when she lost to Estonia’s Anett Kontaveit 7-6(7) 6-2. The 23-year-old Kontaveit came from 5-3 down and saved a set point at 6-5 in the opener against the former world number one.

She broke Kerber twice to win the second set, winning the first nine points, and two holds to love gave her a 4-0 lead.