Federer and Nadal powered to third-round wins at Indian Wells to set up a mouth-watering rematch of their recent Australian Open final. 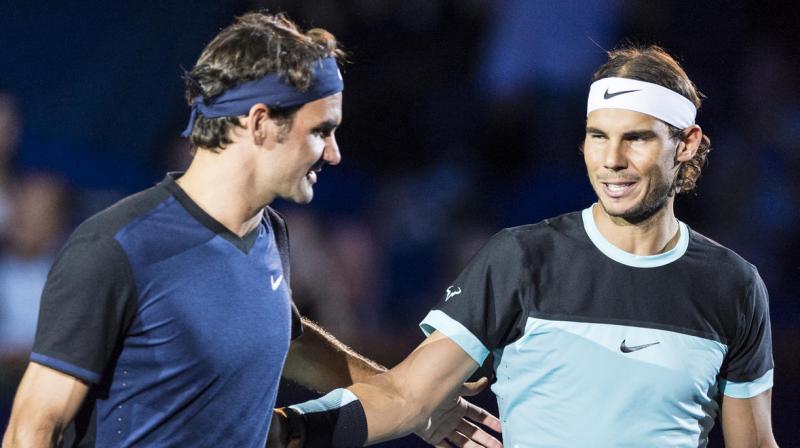 Indian Wells: Roger Federer and Rafa Nadal powered to third-round wins at the BNP Paribas Open at Indian Wells on Tuesday to set up a mouth-watering rematch of their recent Australian Open final.

The last time they met, Switzerland's Federer claimed a record 18th grand slam title in a rousing 6-4 3-6 6-1 3-6 6-3 triumph over Nadal in Melbourne in January.

Federer, 35, lost only five points on his first serve in his double tie-breaker win over Johnson in a match completed without a service break.

Fourteen-times grand slam winner Nadal, 30, was comfortable as usual in the California desert, dismissing compatriot Verdasco to keep his Round of 16 date with the Swiss maestro.

"History says that this tournament works well for me," Nadal told reporters.

Federer has also enjoyed his time at Indian Wells, winning four times with the last triumph coming in 2012.

Fourth seed Kei Nishikori of Japan also cruised into the fourth round with a 6-2 6-2 rout of Gilles Muller of Luxembourg.

Muller, who won his first ATP World Tour title in Sydney at the start of the year, made only 49 percent of his first serves and Nishikori broke him four times.

In an entertaining first tour-level meeting between young guns Nick Kyrgios and Alexander Zverev, the Australian prevailed 6-3 6-4 to set up a round of 16 clash against either Serbia's Novak Djokovic or Juan Martin del Potro of Argentina.

A controlled Kyrgios put on a masterful display, mixing strong serving with an array of showman shots to beat Germany's 19-year-old Zverev, a friend from their junior tennis days.

"I thought I just competed well," Kyrgios, 21, said. "He's got a big game. I was happy with my performance."

The 16th-ranked Kyrgios is coming off a run to the Mexican Open semi-finals, where he defeated Djokovic in their first head-to-head meeting before falling to eventual winner Sam Querrey.