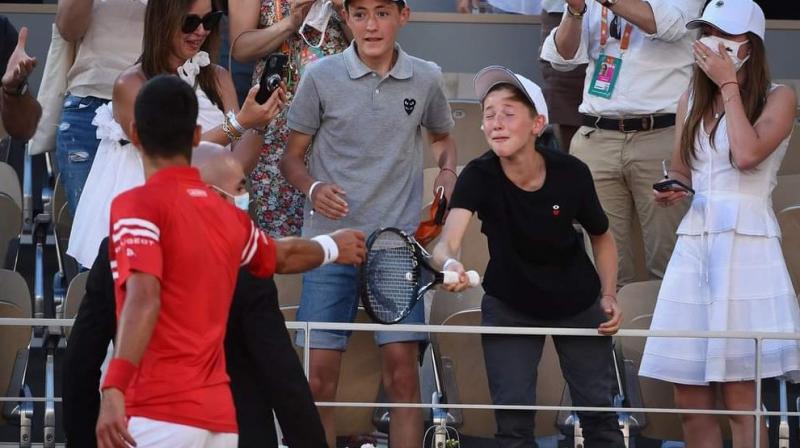 At the end of the four-hour and 11-minute final, Djokovic handed his racquet to the youngster who was then pictured on TV jumping for joy and in shock at the gesture. (Photo:Twitter)

PARIS:  Novak Djokovic said he gave away his French Open winning racquet to a young boy watching courtside for "giving me the right tactics".

At the end of the four-hour and 11-minute final, the 34-year-old Djokovic handed his racquet to the youngster who was then pictured on TV jumping for joy and in shock at the gesture.

"He was in my ear the entire match basically, especially when I was two sets to love down. He was encouraging me. He was actually giving me tactics, as well," said Djokovic.

"He was like, 'Hold your serve, get an easy first ball, then dictate, go to his backhand.' He was coaching me literally.

"I found that very cute, very nice. So I felt like to give the racquet to the best person was him after the match. That was kind of my gratitude for him sticking with me and supporting me."