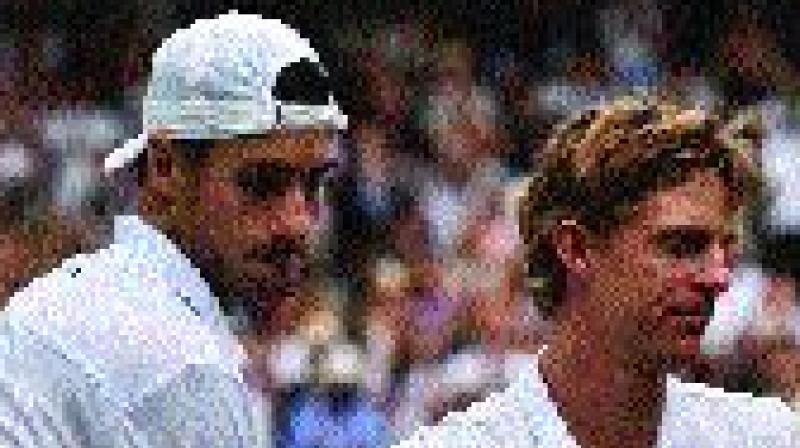 Chennai: British comedian Jack Whitehall’s witty tweet summed up the Wimbledon semi-final between Kevin Anderson and John Isner that lasted six hours and 36 minutes. “This umpire had black hair when it started,” remarked Whitehall of the silver-haired official who was sitting in the high chair for the second longest ever match at a major.

While a section of hard-core tennis fans praised the players for their endurance, others had a field day on social media, poking fun at the “never ending” match in which the final set lasted almost three hours.

Even the protagonist, Anderson, wasn’t “feeling great” to have survived the epic and thus called for an introduction of a tiebreaker in the fifth set. Currently, only the US Open uses the cut-off point in the fifth set.

Former India great Vijay Amritraj, who had served as the chairman of ATP players’ council, said it’s time the authorities changed the rule. “It’s inevitable. Whenever a Grand Slam match goes into the final set, the ability to return declines progressively. That’s when it becomes difficult to break serve,” Amritraj told this newspaper.

Isner, at the post-match conference, suggested that the final set could go upto 12-all before deciding the match with a tiebreaker. Amritraj feels 10-all would be apt. “It gives the fittest of the two a chance to go for the kill,” he added. Saturday’s semi-final featured two of the tallest players on Tour. Both Isner and Anderson stand over six and a half feet. Breaking serve of a towering player is not easy. No wonder, Isner was also involved in the longest ever Slam match that lasted 11 hours and five minutes over three days.

“As the game progresses over the next decade, more players of Isner’s size would break through. The serve is a big weapon for them. We will see more of longer duels unless the rule is changed,” he added.

“I think 9-all would be fine. The no-tie break rule not only takes a toll on players’ body, but also drains them emotionally. It will have a knock-on effect on the following matches. You can’t keep the players waiting in the locker room,” said Zeeshan.