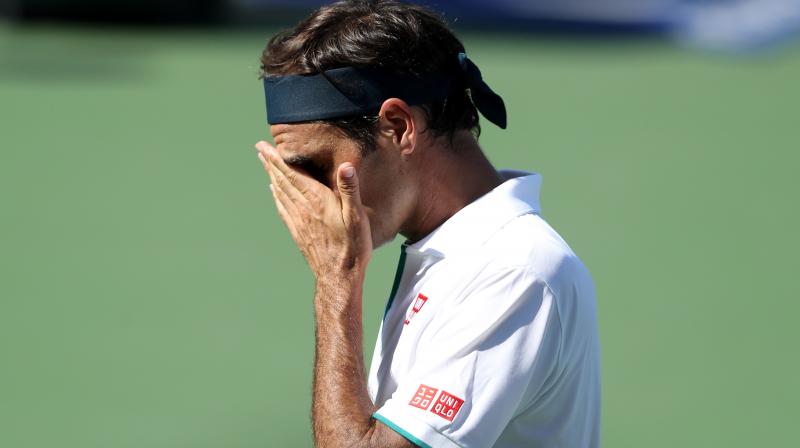 Fearless Russian qualifier Andrey Rublev needed just over an hour to beat Roger Federer 6-3 6-4 in the third round of the Cincinnati Masters on Thursday. (Photo:AFP)

Fearless Russian qualifier Andrey Rublev needed just over an hour to beat Roger Federer 6-3 6-4 in the third round of the Cincinnati Masters on Thursday, the Swiss 20-time Grand Slam champion suffering his quickest defeat for 16 years.

The 21-year-old Rublev, who broke the third seed in his first two service games, shed tears of joy after pulling off the biggest win of his career in 62 minutes.

“It is such an amazing feeling when you’re playing a legend like Roger and all these people supporting him until the end,” he told ESPN.

“One day I hope I’m going to feel the same.

“Today I was just trying to do my best and was thinking in my head that I need to play every point until the end no matter what.”

It was Federer’s fastest defeat since losing to Franco Squillari in 54 minutes in Sydney in 2003.

“He was super clean,” Federer, seven-times champion in Cincinnati, said of Rublev. “Defence, offence, serving well. Didn’t give me anything. He was everywhere. So it was tough for me, but excellent match by him. I was impressed.”

“I’m very pleased with the performance today because I played against a very great, quality player tonight,” Djokovic said. “It’s a straight-sets win but probably the score doesn’t indicate how tough it was on the court.” Next up for Djokovic is Frenchman Lucas Pouille, who beat eighth seed Karen Khachanov of Russia 6-7(3) 6-4 6-2.