Kokkinakis battling back to fitness after glandular fever bout

After injuries to his elbows and knees, as well as muscle problems, the 24-year-old’s career received another setback 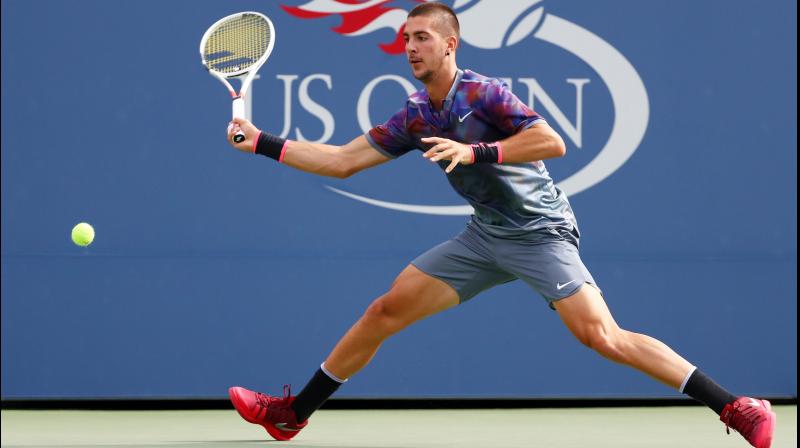 Mumbai: Australian Thanasi Kokkinakis says he is just trying to stay in shape after coming through a bout of glandular fever that saw him shed 10kg and left him unable to breathe while sleeping.

The South Australian, who underlined his potential when he defeated Roger Federer in Miami in 2018, was forced to miss the year’s first Grand Slam in Melbourne due to the illness.

“I was told I had stopped breathing when I was sleeping, my throat was so inflamed,” Kokkinakis, who reached a career-high ranking of 69 in 2015, was quoted as saying by Australian media.

Injuries to his elbows and knees, as well as muscle problems, have interrupted the 24-year-old’s career and he has been forced to battle his way back through the secondary tours.

The infection once again put him on the back foot but he hopes he can have a clear run once tennis resumes after the Covid19 pandemic.

“I tried to get back on court late December before I knew anything was wrong, and I was running out of gas quickly but I thought it might be the bushfire thing with all the smoke,” said Kokkinakis, who is now ranked 237.

“I was going through four or five shirts a night with a fever, my bed was drenched, I went to Melbourne and I was hitting and I was running out of gas.

“My throat was killing me and it was lingering. It felt like razor blades down my throat so I went to hospital in Melbourne.

“I got back to Adelaide and it got really bad, I couldn’t eat and I struggled to drink water. I ended up in hospital again. But I’m better now, I’m feeling relatively healthy, but it’s been frustrating.