In the second he was also far from his fluent best, before grinding out the victory. 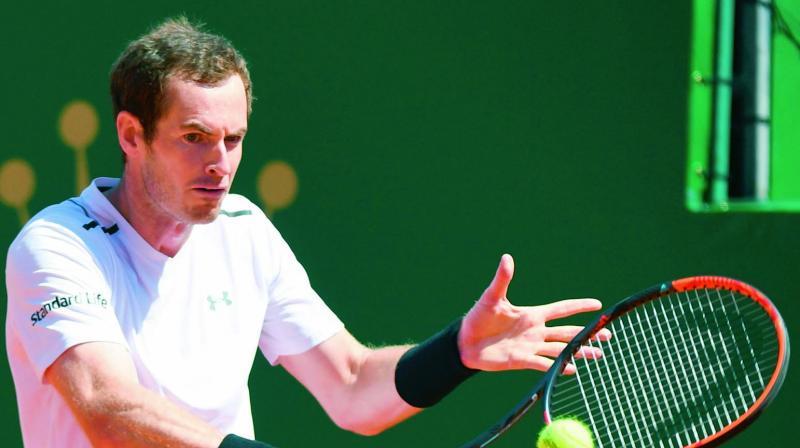 Monte Carlo (Monaco): Andy Murray returned from over a month out with an elbow injury to launch his clay-court season with a gruelling 7-5, 7-5 defeat of Gilles Muller at the Monte Carlo Masters on Wednesday.

The world number one and top seed waited until late in both sets to make his move, finally putting Muller away in just under two hours to reach the third round.

But the 29-year-old Scot was poor on his serve with eight double faults while breaking Luxembourg’s Muller four times.

And Murray was on the back foot in the opening set as he lost the first game and only caught up late. In the second he was also far from his fluent best, before grinding out the victory.

It was the first time back on the ATP since an elbow injury — his last match was a second-round loss to Vasek Pospisil at Indian Wells on March 12.

The three-time Monte Carlo semi-finalist, who has had a sticky start to 2017 with form and injury, now stands 13-3 on the season and has one title from Dubai in his pocket.

Murray was joined in round three by Swiss third seed Stan Wawrinka, who saw off Czech Jiri Vesely 6-2, 4-6, 6-2.

Bopanna-Cuevas pull through
Rohan Bopanna and Pablo Cuevas recorded their first win together at the Masters level when they downed Marcin Matkowski and Alexander Peya in the opening round.