The Russian former world number one was this week refused a wildcard for the French Open following her 15-month ban for taking meldonium. 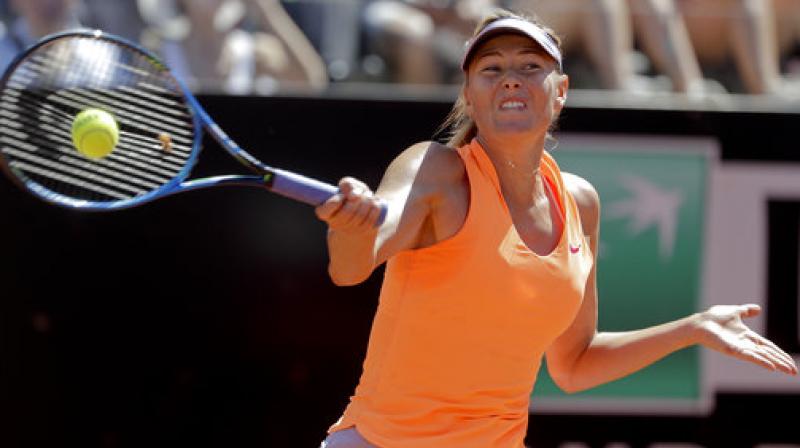 Paris: Maria Sharapova said on Friday she will not request a wildcard for Wimbledon, instead opting to play in qualifying for the Grand Slam she won in 2004, as she returns from a doping ban.

The Russian former world number one was this week refused a wildcard for the French Open following her 15-month ban for taking meldonium.

“Because of my improved ranking after the first three tournaments of my return, I will also be playing the qualifying of Wimbledon in Roehampton, and will not be requesting a wildcard into the main draw,” said Sharapova on her website.

The 30-year-old was controversially handed a wildcard for next month’s WTA grasscourt event in Birmingham, a key warm-up for Wimbledon with eight of the world’s top 10 set to take part, including world no.1 Angelique Kerber.

“A few months ago I received a wildcard offer from Birmingham, one of my most memorable tournaments as a young player. I am so grateful and excited to be playing this event again!” she said.

Sharapova returned from her doping ban on April 26 but relied on wildcards to get into tournaments because her world ranking points expired while she was banned. The five-time Grand Slam winner had plummeted to 211.

She was initially banned for two years for using meldonium, with the penalty later reduced by the Court of Arbitration for Sport, which ruled she was not an intentional doper.