“I wanted to test the waters, to see what waves it would make,” Bach said. 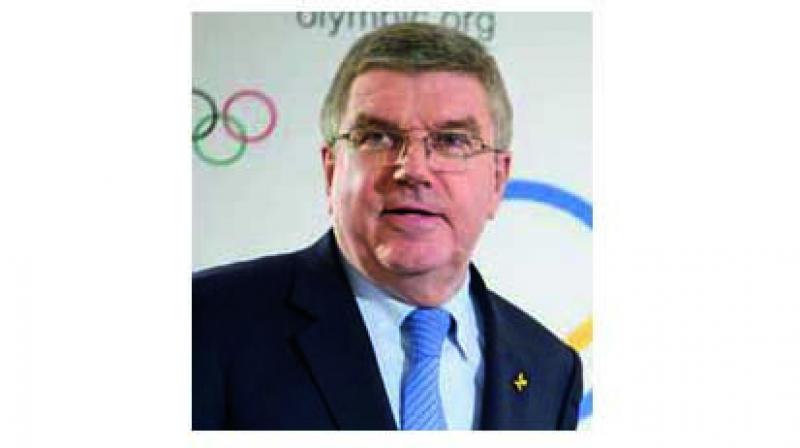 Los Angeles: International Olympic Committee President Thomas Bach lifted the lid on how the joint award of the 2024-2028 Olympics came about here on Monday, revealing that the idea had originated with US officials.

Talking to reporters as he wrapped up a two-day visit of Los Angeles after the city was confirmed as hosts for the 2028 Olympics in Lima last week, Bach confirmed the plan was first discussed with Los Angeles officials in November 2016.

Bach revealed that it had been United States Olympic Committee chairman Larry Probst who had first suggested he raise the possibility of awarding Los Angeles the 2028 Games.

“(Probst) first gave me the idea of a double allocation,” Bach said.

In November 2016, Bach said he met Los Angeles Mayor Eric Garcetti on the sidelines of the Association of National Olympic Committees (ANOC) General Assembly in Doha.

“We were walking along the seafront. We were discussing the idea (of the joint award),” added Bach, joking that Garcetti “pretended not to be aware” of the USOC joint award idea.

“This was the moment when I got to know the mayor and the LA bid, and I knew we were dealing with people the IOC could trust,” he added.

Two weeks after the meeting in Doha, Bach held a press conference in Lausanne where he went public with his view that the bidding process created “too many losers.”

“I wanted to test the waters, to see what waves it would make,” Bach said.