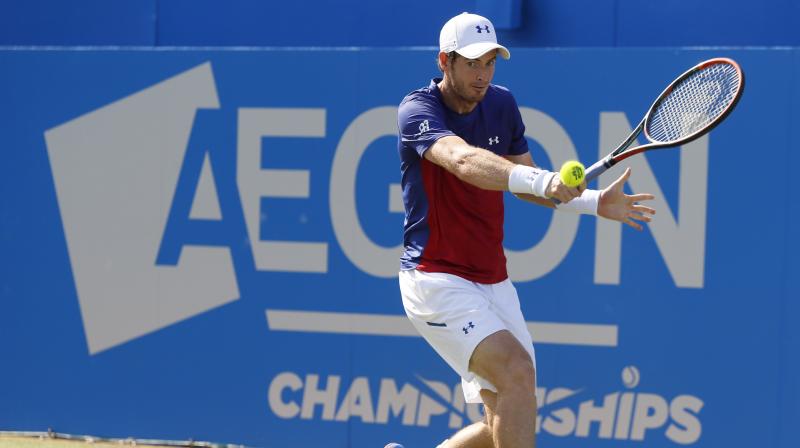 London: World number one Andy Murray's troubled season continued as he slumped to a shocking straight-sets defeat at the hands of Australia's Jordan Thompson in the opening round of the Aegon Championships here last evening.

The British tennis maestro was hoping for a good preparation for his Wimbledon title defence by winning the Queen's Club title for a sixth time.

However, he went on to suffer the most embarrassing defeat of his career, losing 7-6 (7-4), 6-2 to world number 90 Thompson in a clash that lasted one hour and 43 minutes.

Murray's defeat ended his 14-match winning streak on grass and his 10-match unbeaten run at Queen's Club, a warm-up event to Wimbledon.

Earlier, Murray was due to face Aljaz Bedene in the opening round, but he withdrew from the tournament with a wrist injury to leave Thompson, who lost in the qualifying rounds, to meet the top-seed.