Roger Federer all set for a record 1,500th match

The 38-year-old begins his bid for his 103rd title against German qualifier Peter Gojowczyk. 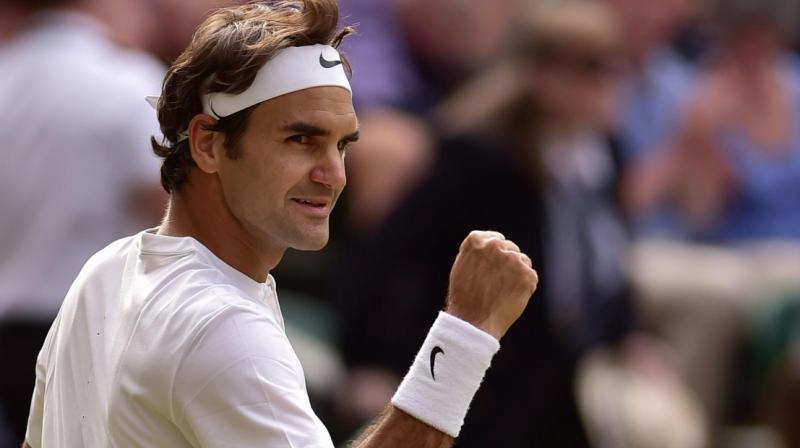 Basel: Roger Federer will check off another landmark on Monday when he starts his bid for a 10th Basel title by playing the 1,500th match of his career.

The 38-year-old begins his bid for his 103rd title against German qualifier Peter Gojowczyk.

The 20-time Grand Slam champion has beaten the German twice -- including at Indian Wells last March.

"My preparation had to be a little faster than usual since I have to start Monday," said Federer ahead of the Swiss Indoors tournament, which he first attended as a ballboy.

"I've already practised Friday and Saturday in Basel. I hope to really start strong and have a great indoor season." Federer, who has made the Basel final on all of his last 12 visits, owns ATP titles this season in Dubai, Miami and Halle.

Despite not adding to his tally of majors, he still stands at 47-8 for the year, a record bettered only by eternal rival Rafael Nadal, whose triumphs at Roland Garros and the US Open have taken the Spaniard to 19 Grand Slams.

Federer made the final at Wimbledon in July where he had two match points before losing to Novak Djokovic in a five-set epic.

He revealed on Sunday that his philosophy about those losses has become "forget them and move on".

However, he added: "I try to keep the highest possible level always. Sometimes it's the opponent, sometimes it's your own mind or game that goes off the boil.

"Only a few (matches this season) stand out to me that maybe I could have won that I didn't.

"If I look back at my whole career I've had a lot of matches that I could have won that I lost. But also I won much more than I should have or could have."

After Basel, Federer is likely to make his usual last-minute decision on whether to carry on for the Paris Masters, the concluding Masters 1000 event of the season which starts a week on Monday.

He has already qualified for the ATP Finals in London from November 10 in what will be his 17th appearance at the money-spinning season finale.

"It's been a solid season. It started well for me. I hope to pick it up for the year-end," he added.

Explaining that he was not part of the festivities, the father of four said: "I was not invited by Rafa, but I had not expected to be.

"I congratulated him and hope he had the best day of his life." Nadal and longtime girlfriend Xisca Perello were married on Saturday on their home island of Mallorca.