In the twilight of her remarkable career Serena Williams is more often the sentimental favourite rather than the bettors’ choice. 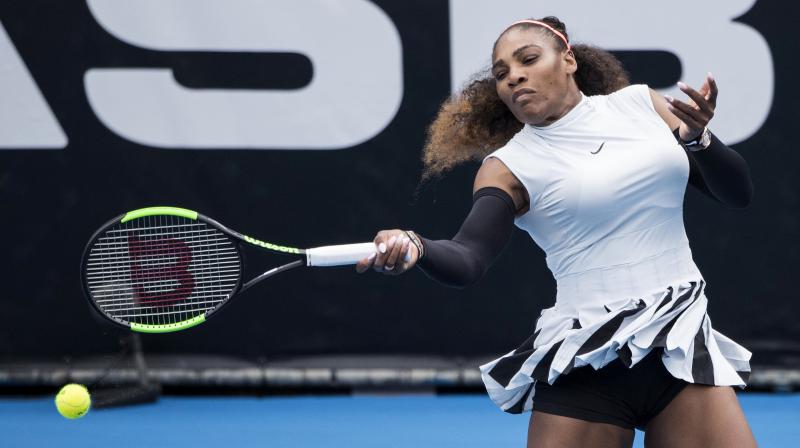 A six-time champion at Flushing Meadows, Serena Williams was once money in the bank when it came to the US Open. (Photo: AP)

In the twilight of her remarkable career Serena Williams is more often the sentimental favourite rather than the bettors’ choice but the 37-year-old American will be both as she heads to the U.S. Open chasing an elusive 24th record-equalling Grand Slam.

Despite fitness concerns and a title drought that stretches back to the 2017 Australian Open, bookmakers are backing Williams to match Margaret Court’s record haul and the New York crowds, as always, will be in her corner when play gets underway on Monday at the Billie Jean King National Tennis Center.

A six-time champion at Flushing Meadows, Williams was once money in the bank when it came to the U.S. Open. During a dominating run, she lifted the trophy three years in succession from 2012.

That is no longer the case.

French Open champion Ash Barty or Wimbledon winner Simona Halep, who ran Williams off the court in a lopsided final at the All England Club, may be sounder investments at the betting window but punters are just as likely to follow their hearts as hunches.

In all the four events she has played outside of the majors this year, her title challenges ended abruptly — she either retired mid-match or handed rivals a walkover.

Since Wimbledon, Williams has played one event. Her hardcourt preparations were limited to the Rogers Cup which ended with the former world number one in tears when she was forced to quit the final against Bianca Andreescu after just 19 minutes after suffering back spasms.

The problem has lingered and led to Williams withdrawing from Cincinnati, and once again raised questions about her ability to withstand a two-week grind on the New York hardcourts.

“The most frustrating part is that I’ve had this before and it’s, like, 24, 36 hours where I’m just in crazy spasm and then it’s gone,” said Williams after her Rogers Cup disappointment. “I’m just taking it a day at a time.”

Williams may not strike fear into opponents as she once did but few, if any, will welcome having her on their side of the draw.

Not long ago, just seeing their name alongside Williams would leave opponents a crumbling wreck. The match often won before it had even begun.

But since returning from her maternity break, Williams is the one who has often looked fragile, out of sorts and out of ideas.

The last 12 months have been an emotional rollercoaster for Williams, filled with rage and tears.

A year ago the U.S. Open final ended in controversy with fiery exchanges between a fuming Williams and the chair umpire, smashed rackets, penalties and Japan’s Naomi Osaka walking away with the trophy.

In Toronto earlier this month, Williams was left sobbing after she was unable to finish the Rogers Cup final.

In between, Williams, widely regarded as the greatest women’s player of all-time, was a non-factor during a run to the quarter-finals at the Australian Open.

With aborted runs at Indian Wells, Miami and Rome — with Williams picking up a single match win at each event — it seemed as if the glory years were well and truly behind her.

However, just when everyone was ready to write her off, Williams looked more like her old self at Wimbledon — that is until she was shockingly dismissed by Halep.

There once was no template, no game plan to beat Williams. Her power and guile leaving no areas to attack.

But as Williams approaches her 38th birthday, rivals have figured out that they can beat her by forcing her off the baseline and making her run.

Her fitness and durability have been exposed and opponents are seizing on those weaknesses.

Time is no longer on Williams’ side in her quest for a 24th Grand Slam trophy.

“Someone told me I shouldn’t look at the records any more,” said Williams. “I should just focus on my game.

“I just go out there and play, see what happens. That’s kind of how I’ve been in my whole career.

“I never thought about time in general.”