Naomi Osaka seeks form, fitness and fun ahead of US Open 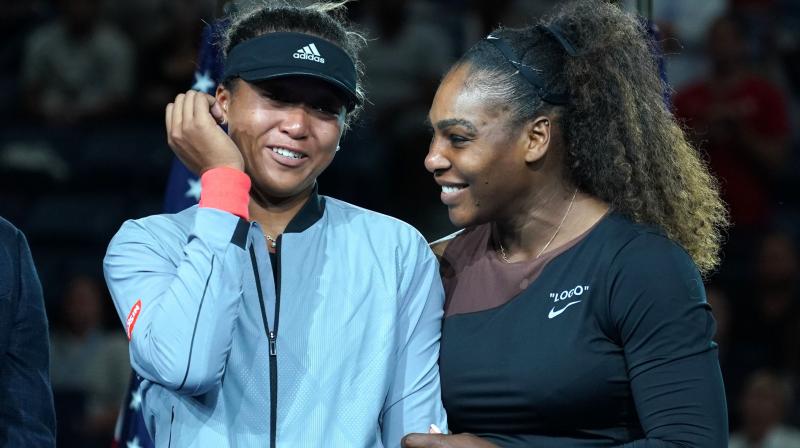 It has been a roller-coaster 12 months for Japan’s Naomi Osaka since her dramatic victory over Serena Williams in the US Open final last year. (Photo:AFP)

Tokyo: It has been a roller-coaster 12 months for Japan’s Naomi Osaka since her dramatic victory over Serena Williams in the US Open final last year.

After clinching her maiden Grand Slam in a final that will always be remembered for Serena Williams’ extraordinary row with the umpire, Osaka became the first Japanese to claim the world number one ranking when she captured her second slam in January at the Australian Open.

The rising star has gone on to become the second highest-paid female athlete in the world, behind Williams, off the back of a host of lucrative sponsorship deals.

But with the tennis world at her feet, the 21-year-old struggled to kick on.

A difficult few months saw her fail to win a tournament, lose her number one ranking and crash out of Wimbledon in the first round.

She opened up about her struggles on social media earlier this month, calling the last few months the “worst of my life”.

“I can honestly reflect and say I probably haven’t had fun playing tennis since Australia and I’m finally coming to terms with that while relearning that fun feeling,” Osaka wrote.

Ahead of her US Open defence, Osaka has also been hit with injury, a knee problem forcing her to retire in the quarter-finals of the Cincinnati Masters last week.

Osaka, who changed coach in February, has reclaimed the number one ranking and will be a match for anyone at the US Open if in the right physical and mental shape.

A key challenge for the Japanese will be dealing with the inevitable questions about last year’s final, which left Osaka in tears during the presentation ceremony.

Much of the criticism of Williams centred on how her actions had spoiled a precious moment for Osaka, who was even moved to apologise for beating the home favourite.

Williams has since apologised to Osaka but that does not mean she will take it easy on the Japanese if their paths cross in New York again.

In their first meeting since that infamous final, Williams had little trouble handing out a straight-sets win over Osaka at the Rodgers Cup semi-finals in Toronto earlier this month.