The 38-year-old Federer had won his last two matches against Kyrgios in straight sets but dropped the opener in a tie-break. 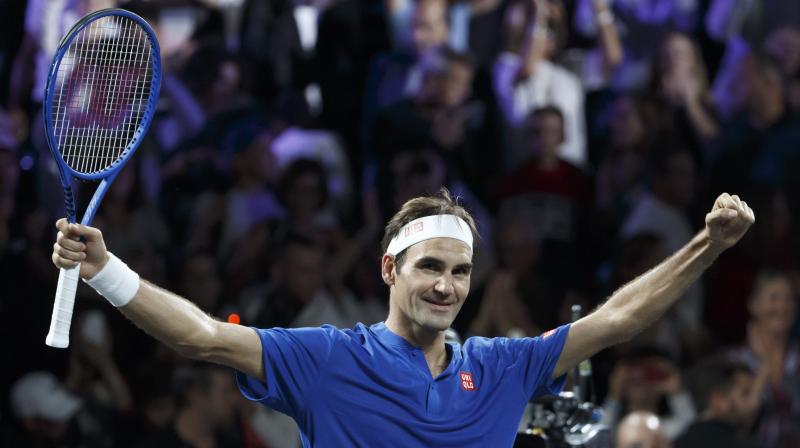 Geneva: Roger Federer edged out Nick Kyrgios in a super tie-break to give Europe a 5-3 lead after the opening session of the second day of the Laver Cup in Geneva on Saturday.

"The crowd could feel it, I could feel it. I needed to get some energy going but you can't do that if you don't play any good shots and Nick was playing very well," said Federer.

"I was just trying to stay focused. If you can turn the momentum, the crowd gets back into it and I need some earplugs next time, it was just phenomenal."

The 38-year-old Federer had won his last two matches against Kyrgios in straight sets but dropped the opener in a tie-break.

But he hit back to level the match with a break in game 11 of the second set, before holding off a late Kyrgios rally in the super tie-break to take it on his third match point.

Later, Rafael Nadal will play his first matches of the weekend when he takes on Milos Raonic in the singles, before teaming up with Stefanos Tsitsipas to face Kyrgios and Jack Sock in doubles.

The big-serving American lost the first-set tie-break but hit back before racing through the super breaker in style.

"Team World is in this and we're here to win, so let's get it going."

The scoring system sees one point awarded for each win on the first day, two points are given for each victory on the second day, and three points on offer in each match on Sunday's final day.

This year is the first time the tournament has been played since being added to the ATP Tour.