Simona Halep hopes to start afresh at this year's US Open

Halep scorched 23-times Grand Slam winner Serena Williams 6-2 6-2 in less than an hour in this year’s Wimbledon final to add a 2nd title. 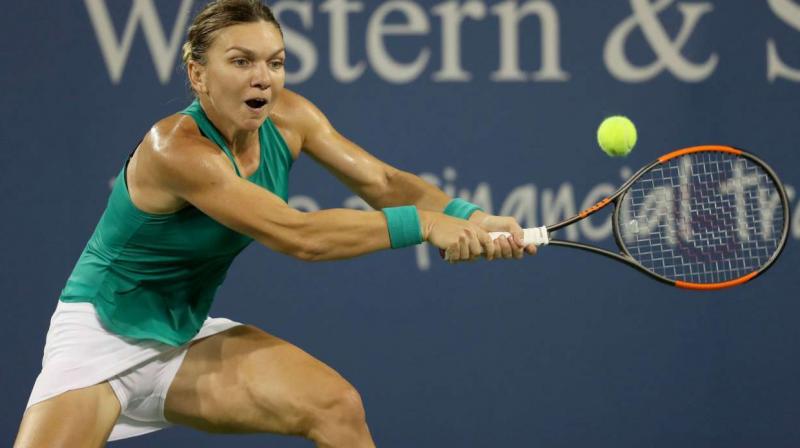 Simona Halep is living the dream after her Wimbledon triumph and the Romanian heads into next week’s US Open hoping for a new dawn at the season’s final Grand Slam after early exits in the last two years. (Photo:AFP)

Simona Halep is living the dream after her Wimbledon triumph and the Romanian heads into next week’s US Open hoping for a new dawn at the season’s final Grand Slam after early exits in the last two years.

The 27-year-old’s near-flawless display at the All England Club marked a spectacular return to form after her world ranking dropped from first to seventh between mid-January and July.

“It’s been like a dream since I left (Wimbledon). Even now, I’m living the dream,” Halep, who credits her improved fortunes on the biggest stages to a more relaxed approach, told the WTA website.

“I felt positive and confident ... like I reached my highest level of tennis. The first six months of this year were more relaxed because I was just trying to improve my game without thinking about the results.

“This helped me a lot and when I got to Wimbledon, I started feeling the grass like I never had before. I got more confident day-by-day. It was a process.”

Flushing Meadows represents a different challenge for the Romanian, who has been knocked out in the first round on her last two visits, falling to Russian wildcard Maria Sharapova in 2017 and Estonia’s Kaia Kanepi last year.

Halep’s best showing at the tournament was in 2015 when she was beaten by eventual champion Flavia Pennetta in the semi-finals, and the US Open is the only Grand Slam where she has failed to reach the final.

“The US Open is a big difference because of the crowd and atmosphere,” Halep added. “It’s more about entertainment so it’s not easy to adjust ... I’ve made the semis in the past so I’m confident there’s a chance to do more.”

Halep, who reached the Australian Open final in 2018, has not had the ideal preparation heading into the final Grand Slam of the season.

The world number four was forced to retire with a left Achilles injury in the Rogers Cup quarter-finals in Toronto earlier this month and lost to American Madison Keys in the Cincinnati third round.

Halep’s new coach Daniel Dobre, who signed up in March after she split with Darren Cahill before the Australian Open, said last year’s Grand Slam breakthrough at the French Open had given the Romanian newfound belief.

“Before ... she was a little bit closed, she found it easier to keep her thoughts to herself. Now she’s much more confident not only on the court, but outside it,” Dobre told the French Open website in June.

Martina Navratilova said Halep must bring the same aggressive approach she displayed at Wimbledon if she is to succeed in New York.

“Simona likes to play it, as is her nature, safe. But she had a positive ... and offensive mindset in the Wimbledon final. It would be silly not to try to replicate that,” the 18 times Grand Slam champion wrote in a column for the WTA.

Halep enjoys a better career head-to-head record over the three players ranked above her — Naomi Osaka (4-1), Ash Barty (3-1) and Karolina Pliskova (7-3) — making her one of the bookmakers’ favourites at Flushing Meadows, behind Williams.

“Even if things don’t go her way, Simona should now have a lot more belief in herself ... she’s one of the favourites to be number one at the end of the year,” Navratilova said.