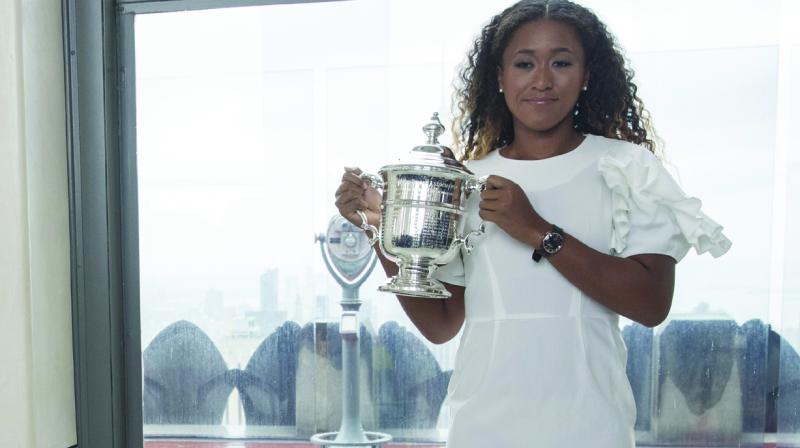 Osaka, who lost in the fourth round at Indian Wells and could lose her number one ranking depending on how others do in the tournament. (Photo: AP)

The Miami Open lost two of its biggest drawcards on Saturday with world number one Naomi Osaka suffering a shock third-round loss to Taiwan’s Hsieh Su-wei after eight-times champion Serena Williams withdrew due to a knee injury.

The 33-year-old Hsieh came from a set down to prevail 4-6 7-6(4) 6-3 as her unorthodox style frustrated, perplexed and finally wore down U.S. and Australian Open champion Osaka.

Osaka, who lost in the fourth round at Indian Wells and could lose her number one ranking depending on how others do in the tournament, said the mental side of her game had let her down.

“I just think I got too emotional, which is something I did last match, too,” she said. “I would just say I was kind of immature today. I was thinking too much.”

Hsieh had lost her two previous matches with Osaka, including a hard-fought contest in Melbourne in January, but came back from a break down in each of the last two sets, saving eight of the 12 break points she faced.

The Taiwanese had knocked out then world number one Simona Halep at Wimbledon last year and again demonstrated her range of clever shot making against a much more powerful opponent.

“It’s always great to pick up a better level during the match,” Hsieh said.

“Every time you’ve made it and you beat a good player, you feel: ‘Wow, this is everything. This is so amazing, and I’ve made it.’”

Osaka looked on course for a straightforward win after she broke for a 5-4 lead in the opener then delivered an ace to serve out the set.

Serving for the match at 5-4 in the second, Osaka’s charge began to wilt and Hsieh fought back with some brilliant tennis to take it to a tiebreak before levelling the match with a lovely passing winner.

At 3-3 in the third set, Hsieh took advantage of Osaka’s ineffective serve and mounting error count to get a key break and had no trouble holding for a 5-3 lead.

A delightful dropshot winner finally put paid to an exasperated Osaka’s resistance, sealing another break and the victory after two hours and 18 minutes of play.

Osaka had won 63 straight matches after taking the first set but Hsieh’s victory brought that run to an end and set up a fourth round meeting with Caroline Wozniacki, who beat Romanian qualifier Monica Niculescu 6-4 7-6(4).“It’s depressing,” Osaka said of the streak coming to an end. “I know that record. I was thinking about it right after I lost.”

Asked if she might have underestimated Hsieh, Osaka said: “I don’t think I ever underestimated her because all the times I played her was three sets. In Australia, honestly she should have won but I found a way to win it.

“I think maybe today I overestimated myself maybe in a way.”

The stunning upset came after the tournament had earlier lost American great Williams to a left knee injury.

Earlier, world number two Petra Kvitova needed three sets and more than two and a half hours to beat Croatia’s Donna Vekic 6-4 3-6 6-4 in a clash of heavy hitters.

The two-time Wimbledon champion will meet Caroline Garcia in the fourth round after the Frenchwoman knocked out 15th seeded German Julia Goerges 6-0 7-5.

In was the second win over Kerber in less than a week for the 18-year-old Andreescu, who also beat the German in the final of the BNP Paribas Open.