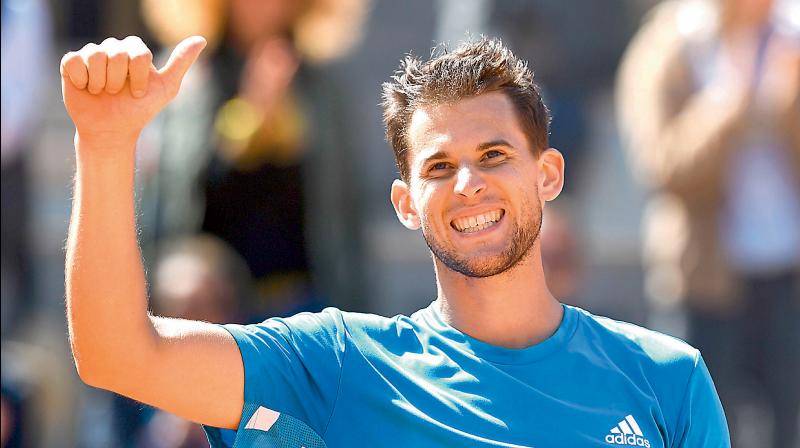 Dominic Thiem of Austria reacts after winning a match at the Australian Open. AFP Photo

Vienna: World number three Dominic Thiem has rejected the notion that the top tennis players should chip in to help lower-ranked competitors who are struggling financially due to the pause in tournaments because of the novel coronavirus pandemic.

World number one Novak Djokovic last week urged players to contribute to a fund set up by the sport’s major governing bodies to help players affected by a shutdown which began in March and will continue at least until mid-July.

But Austrian Thiem said he felt there were sections of society that needed more urgent help during the economic crisis caused by the pandemic than his fellow competitors.

“No tennis player is fighting to survive, even those who are much lower-ranked. None of them are going to starve,” Thiem told Austrian newspaper Krone on Sunday.

Thiem, 26, who has reached three finals at grand slams since 2018, losing each time, criticised the attitude of some players on the lower-tier Futures circuit, which he said meant they did not deserve handouts from the sport’s top players.

“There are many, many players who don’t put the sport above everything else and don’t live in a professional manner. I don’t really see why I should give such players money. I’d rather give money to people or organisations that really need it,” he added.

“None of us top players got anything handed to us, we all had to fight our way up. I don’t have the guarantee in any job that I will do well and earn lots of money.”