Fans called thinking it is Greek player's number, but calls went to switched off Kyrgios' number 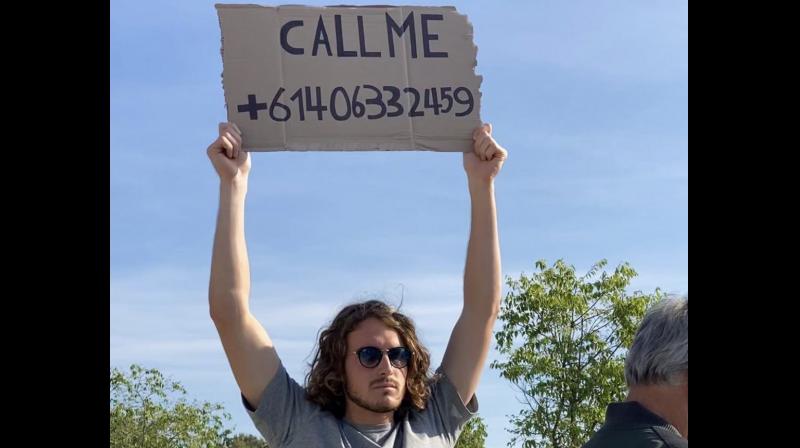 Stefanos Tsitsipas holds up the cardboard on which he wrote Kyrgios number. Twitter Photo

The sixth-ranked Greek posted a picture of himself standing outside and holding up a home-made cardboard sign with a phone number and the words "call me" scrawled on it.

Fans who excitedly rang it thinking that it was the Greek star's number, found that the phone was turned off and quickly worked out that the number was Australian and linked to Kyrgios, who was celebrating his 25th birthday on Monday.

That was confirmed when Kyrgios himself replied.

"You are an absolute i****" he posted, using stars for the last four letters and adding, after a series of laughing emoticons, "everyone stop calling me!!!!!"

One of the other comments asked Tsitsipas: "Someone has to get a new phone number, is he happy with your birthday gift?"

Kyrgios had earlier posted a video of himself celebrating his birthday, saying "25 feels good" and drinking straight from a bottle of wine.