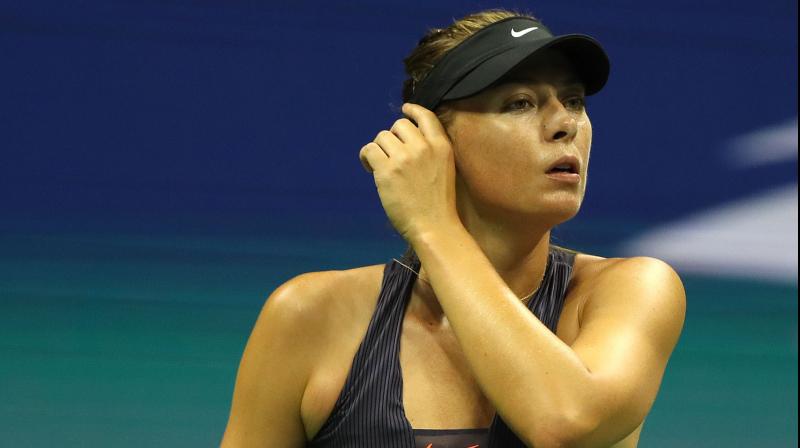 Maria Sharapova slipped back into an all-too-familiar routine on Monday as the Russian came up short for the 20th time in 22 matches against Serena Williams to exit the US Open in the first round. (Photo:AFP)

New York: Maria Sharapova slipped back into an all-too-familiar routine on Monday as the Russian came up short for the 20th time in 22 matches against Serena Williams to exit the US Open in the first round.

A stone-faced Sharapova was left to ponder a 6-1 6-1 drubbing that proved once again Williams has all the answers when the pair meet on court.

“I thought she served really well. Found her spots really well. Didn’t feel like we got into too many long rallies,” said Sharapova. “I think the 1-2 punch. She won a majority of those points.”

Prior to Monday match, Williams led Sharapova 19-2 in head-to-head meetings. They last met in the 2016 Australian Open quarter-finals where the American emerged with a 6-4 6-1 win.

They were due to meet at last year’s French Open but Williams withdrew due to injury.

Sharapova has not taken a set off Williams since the Miami Open in 2013.

The 32-year-old Russian, who was banned for 15 months for taking the banned drug meldonium in 2016, struggled with injuries earlier this year, including persistent shoulder problems that have plagued her in the past.

The five times Grand Slam champion underwent a small surgical procedure for her right shoulder that caused her to miss the Miami Open.

“I missed a lot of this year with my shoulder. Just getting the routines back and being back in the draws is, you know, it’s tough to talk about after a defeat, but it’s a long road,” Sharapova said.

“It’s facing an opponent that’s at her stature is extremely difficult in the first round of a slam, coming in with the fact that I haven’t played that much.”

There is no love lost between the two, with Sharapova including Williams in her autobiography in anecdotes that the American described as “hearsay.”

“Sport is very much result-oriented. There’s stories behind the results,” said Sharapova. “There’s phases you have to get through in order to get to where you want to go.

“This is a very different chapter in my career. It’s not an easy road. It’s never been.”