She finally took her fifth chance in the third game to break Vinci’s serve. 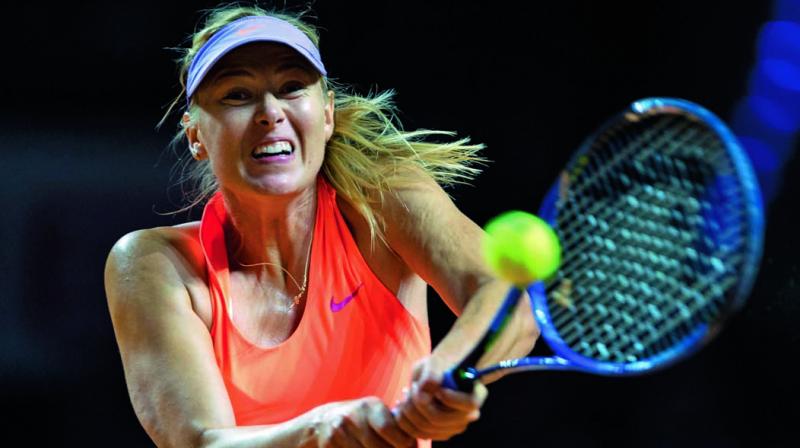 Stuttgart: Looking relieved, Maria Sharapova waved to the crowd and blew kisses after winning her first match on her return from a 15-month doping ban.

The five-time Grand Slam champion and former no. 1 beat Roberta Vinci 7-5, 6-3 in the opening round of the Porsche Grand Prix on Wednesday.

Sharapova had earlier been given a lukewarm welcome by the 4,500 spectators, receiving a polite applause and some whistling when she entered the sold-out arena.

“It was the best feeling in the world,” Sharapova said about finally stepping on court again for a professional match. “I have been waiting for this a long time.”

Sharapova says she would ‘play in the juniors if I have to’ in order to compete at the French Open and Wimbledon, but has no interest in building bridges with her rivals.

Against the 36th-ranked Italian, Sharapova had a shaky start, conceding seven of the first eight points and dropping the opening two games within five minutes.

She finally took her fifth chance in the third game to break Vinci’s serve.

Apart from producing a string of unforced errors, Sharapova also showed flashes of her old self —with several outstanding returns and cross-court winners, mostly followed by her trademark fist pump.

When Vinci held serve to go 5-4 up, the Italian had already won more games than in her two previous matches, both two-set defeats, against Sharapova.

The Russian, however, broke again and converted her second set point with a forehand winner to take the opener. Sharapova took control of the second set after an early break and held off three break points in her following service game. She dropped only two points on serve in the rest of the match and closed out the win on Vinci’s serve.