Ekaterina Makarova's victory sends the her into a second-round meeting with one of two Ukrainians - Lesia Tsurenko or Kateryna Kozlova. 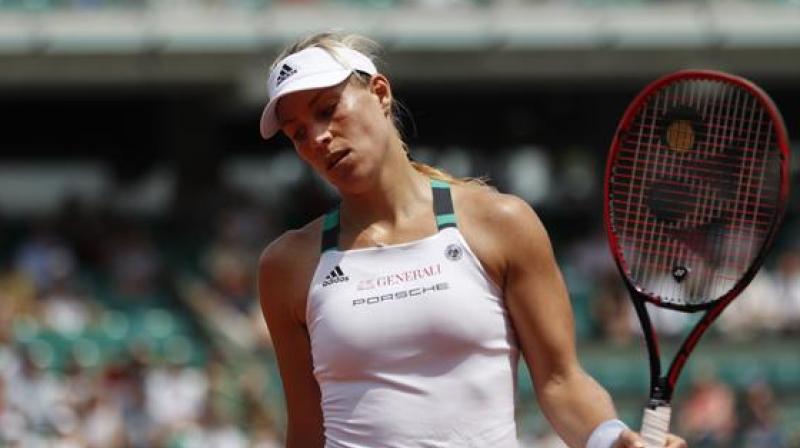 Ekaterina Makarova defeated top seed Angelique Kerber 6-2, 6-2 in the first round contest that lasted for more than 80 minutes.(Photo: AP)

Paris : World No. 1 Angelique Kerber on Sunday suffered a shocking straight-sets defeat to  Ekaterina Makarova of Russia to bow out of the French Open in the opening round itself.

Makarova defeated top seed Kerber 6-2, 6-2 in the first round contest that lasted for more than 80 minutes.

Makarova's victory on Philippe-Chatrier Court sends the former World No.8 into a second-round meeting with one of two Ukrainians - Lesia Tsurenko or Kateryna Kozlova.

Kvitova, who is returning from a lengthy lay-off after a harrowing knife attack at her home in December, defeated 6-3, 6-2 in a match that lasted for one hour and 33 minutes.

Kvitova will now face Bethanie Mattek-Sands or Evgeniya Rodina in the next round.