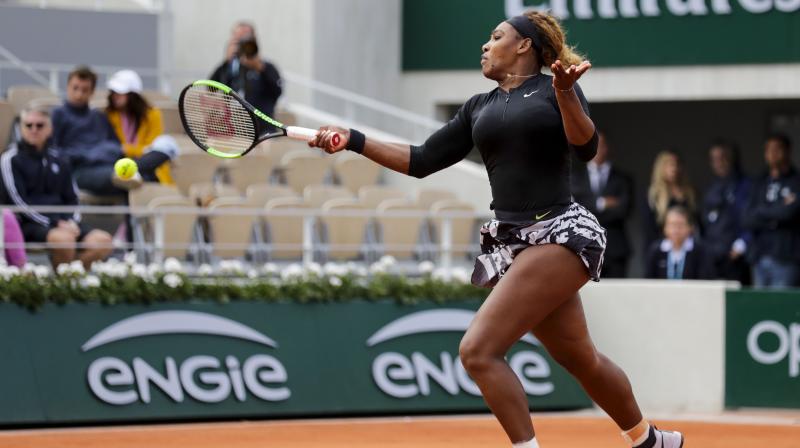 Serena Williams’s haul started at the US Open 20 years ago but she has not won a major since she beat her older sister Venus in the Australian Open final in 2017. (Photo: AFP)

Paris: Serena Williams, chasing a record-equalling 24th Grand Slam singles title, overcame a wobbly start to reach the second round of the French Open with a 2-6, 6-1, 6-0 victory against Russia’s Vitalia Diatchenko on Monday.

The 10th-seeded American peppered Court Philippe Chatrier with unforced errors in an ugly opening set before finding her range to set up a meeting with Japan’s Kurumi Nara or Slovenian Dalila Jakupovic.

The three-times Roland Garros champion is looking to emulate Margaret Court, who claimed 24 majors spread across the amateur and professional eras.

Williams’s haul started at the US Open 20 years ago but she has not won a major since she beat her older sister Venus in the Australian Open final in 2017.

She produced a see-saw display in an half-empty stadium on Monday, struggling to adapt to windy conditions in chilly weather.

Diatchenko broke in the fifth game with a crosscourt backhand winner to open a 3-2 lead, and won on her opponent’s serve again in the seventh game to secure the opening set.

Then Williams fired up the engine and raced to a 3-0 lead in the second set, losing only one more game as Diatchenko faded away.