First top seed in tournament’s history to lose in opening round, Kvitova wins on return. 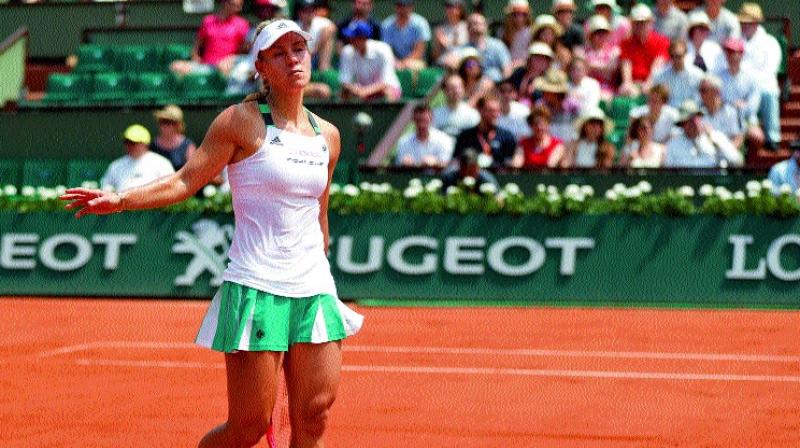 Germany’s Angelique Kerber walks away after her 6-2, 6-2 loss to Ekaterina Makarova of Russia in their French Open first round match on Sunday. (Photo: AP)

Paris: Angelique Kerber became the first top seed to lose in the opening round at Roland Garros on Sunday as tearful Petra Kvitova swept to victory in her first match since surviving a knife attack which almost ended her career.

German world number one Kerber, the reigning US Open champion, dropped serve six times on her way to a 6-2, 6-2 defeat to Russia’s Ekaterina Makarova. Before this year, the earliest exits suffered by a top seed in Paris came in the second round — Justine Henin in 2004 and Serena Williams in 2014.

“The pressure is always there especially in the big tournaments and the Grand Slams,” said Kerber, who won her first major at the Australian Open in 2016. “Now I have to find to myself again and just try to forget the clay court season as soon as possible and then reset from the grass courts.”

It was the second successive first round exit at Roland Garros for Kerber — last year, she fell to unseeded Kiki Bertens before recovering to make the Wimbledon final. It also continued a miserable spell for the 29-year-old on clay.

She lost her opener in Stuttgart where she was the defending champion, suffered a thigh injury in the third round in Madrid and lost first time out in Rome. “At the end of the match, it was really tough as I knew she wouldn’t give it to me — I had to win it,” said Makarova, a former semi-finalist at the Australian and US Opens.

Kerber’s defeat makes the women’s draw even more open with Serena Williams, Maria Sharapova and Victoria Azarenka all not playing. Two-time Wimbledon champion Kvitova downed outclassed Julia Boserup of the United States 6-3, 6-2, falling to her knees in celebration in the moment of victory before weeping at the net.