John McEnroe said Serena Williams would be ranked "like 700 in the world" if she had to play on the men's circuit. 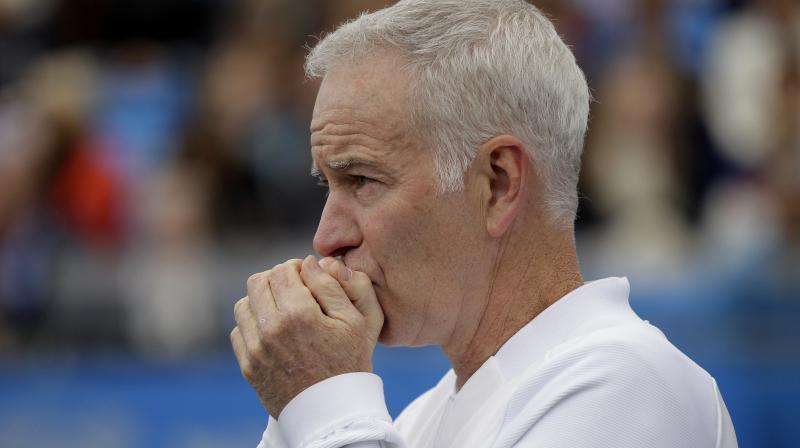 Los Angeles: John McEnroe on Wednesday said he regretted recently saying Serena Williams would be ranked "like 700 in the world" if she had to play on the men's circuit and said he was surprised by the controversy his comments ignited.

McEnroe previously said that Williams, a record 23-times grand slam champion in the professional era, was the best female player ever but then declined to label her the best player overall, prompting Williams to ask McEnroe for "respect".

"It would have been better not to have said it. I didn't realise it would create something like this," he told reporters on an ESPN conference call ahead of the July 3 start of the Wimbledon championships, the third grand slam event of the year.

"It would have been easier to leave it. Look, she's a great player and it's apples and oranges."

But McEnroe, a seven-times grand slam winner and current ESPN broadcaster, did not retract his earlier statement about where Williams would rank if she competed against men.

"This is not something that has been earth shattering, that I feel there's a difference in the level of the women and the men," he said.

Williams, who has taken a break from tennis to have her first child, due in late August, responded testily to McEnroe on Twitter after his initial comments.

"Dear John, I adore and respect you but please please keep me out of your statements that are not factually based," she wrote.

"I've never played anyone ranked 'there' nor do I have time. Respect me and my privacy as I'm trying to have a baby. Good day sir."

McEnroe said that Williams, a fellow American, has been great for U.S. tennis, which has not seen a single American male player win a major tournament since 2003.

"Obviously if it wasn't for Serena, American tennis would even be in a lot deeper trouble," he said.