Federer, who captured a fifth Australian Open in January, will go into Wimbledon buoyed by a ninth title on the grass of Halle. 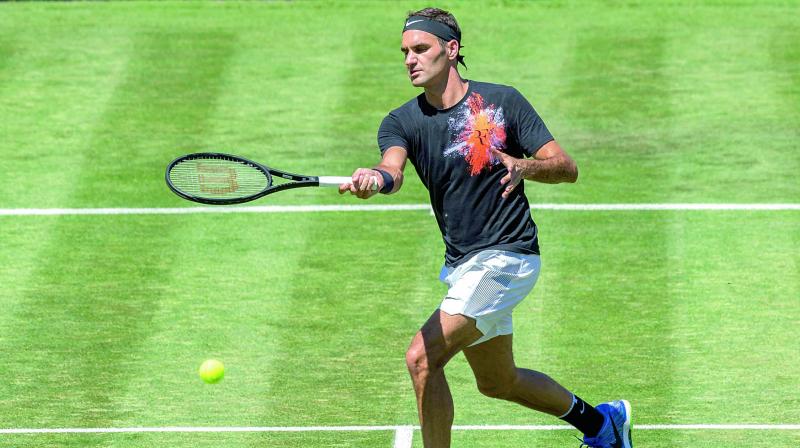 London: Twelve months after shutting down his season in the wake of a devastating semi-final defeat, Roger Federer returns to Wimbledon as favourite to capture a record-breaking eighth title and become the tournament’s oldest champion.

The evergreen Swiss superstar, who turns 36 in August, has stunned the critics who wrote him off as yesterday’s man when he went down to Milos Raonic in five gruelling sets on Centre Court in 2016.

The loss forced him off tour for the remainder of the year to rest a knee injury, leaving his Grand Slam title count on 17 where it had been since 2012.

Fast forward a year and Federer is poised to break the tie for seven Wimbledon titles he shares with Pete Sampras and take his career tally at the majors to 19 after winning the Australian Open.

With eternal rivals Andy Murray and Novak Djokovic in slumps of varying lengths and degrees of seriousness, and Rafael Nadal fretting over whether or not his knees will bear the stress of grass courts, it is Federer in the box seat.

Federer, who captured a fifth Australian Open in January, will go into Wimbledon buoyed by a ninth title on the grass of Halle.

His final demolition of Alexander Zverev, 15 years his junior and a player seen as his natural heir, came just a week after he marked his return from a 10-week break by losing in the first round in Stuttgart.

However, Federer believes his Stuttgart setback came at the right time ahead of Wimbledon. For tennis storylines of 2017, Federer shares top billing with Nadal after the Spaniard defied the doubters to win a 10th French Open.

That took him to 15 Grand Slam titles, one ahead of Sampras and just three behind Federer. But for Nadal, Wimbledon has always been bittersweet.

Nadal admits that if he suffers a new problem with his knees on the Wimbledon grass, where the lower bounce of the ball piles more pressure on the legs and joints, then his visit to London may again be short-lived.

Equally desperate for game time is Djokovic, the three-time Wimbledon champion who travelled to Eastbourne hoping the sea air might breathe life into a career which is in freefall.