XECH A8 review: Mediocre but versatile!

The main USP of the Xech A8 is its voice assistant capabilities and in this, it delivers as promised. 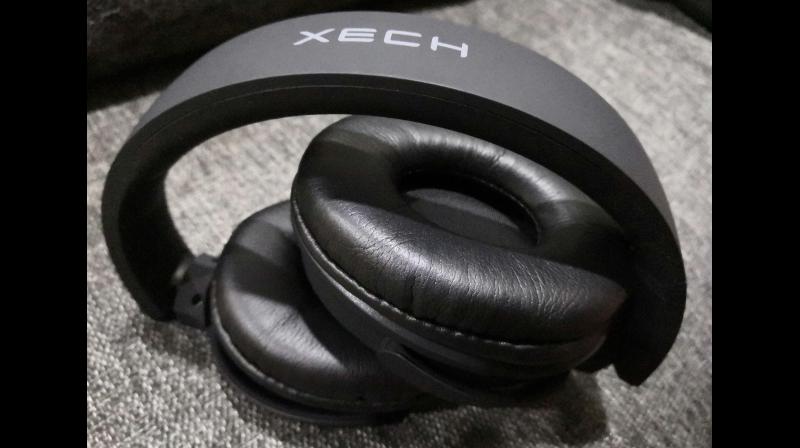 And a good pair of headphones certainly have the power to take you in a world built by your own imagination, where you stay inspired, taking personal productivity to a whole new level.
Rating:

One thing we have learnt from existing times is that the present-day man comes with a smartphone and a pair of reliable state-of-the-art headphones. The modern man loves his music and hates compromising with quality whenever enjoying his personal space and time, always looking for the finest of avant-garde listening devices to fuel the yearning of music regardless of the genre, whether it be rock and roll, rap or hip-hop, Bollywood or disco; he does not want to trade-off with whatever you may give him to replace his ‘me-time.’

And a good pair of headphones certainly have the power to take you into a world built by your own imagination, where you stay inspired, taking personal productivity to a whole new level.

Over the years we have witnessed all kinds of headphones coming and going from the market — wired ones, wireless ones, noise-cancelling ones, on-ear, over-ear and many that we are still to learn about. So, today I’ll be introducing a pair of Bluetooth headphones which come equipped with voice assist technology. I had the opportunity to spend some time with the XECH A8 voice assist headphones and these are my honest thoughts on them. 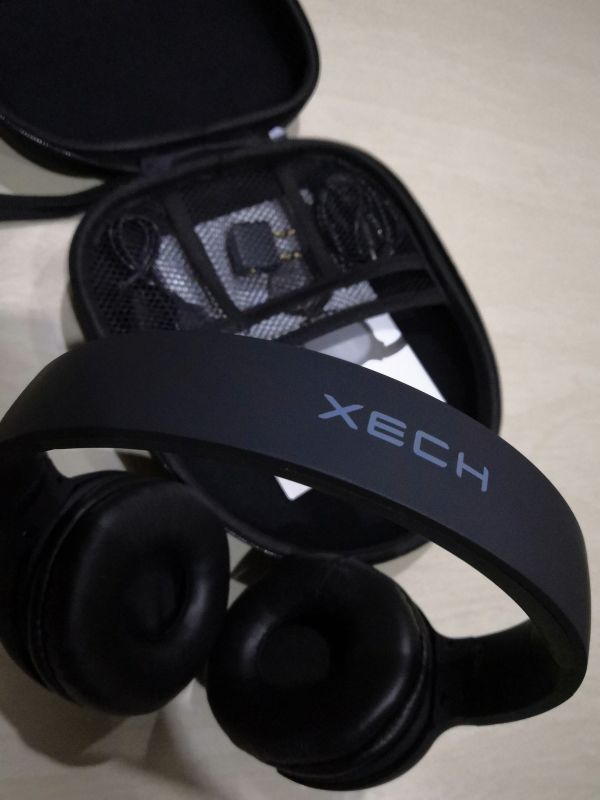 The headphones come in a box just like any, loaded with useful accessories. The box contains an AUX cable for the headphone with a 3.5mm jack which can be used to connect the headphones with your handset, a micro USB charging cable for charging, an airplane audio adapter and an EVA carrying case. The carrying case is one of the bests available falling under this price range — very enduring and also attractive. It can easily withstand enough pressure to protect the headphones from any kind of physical damage. 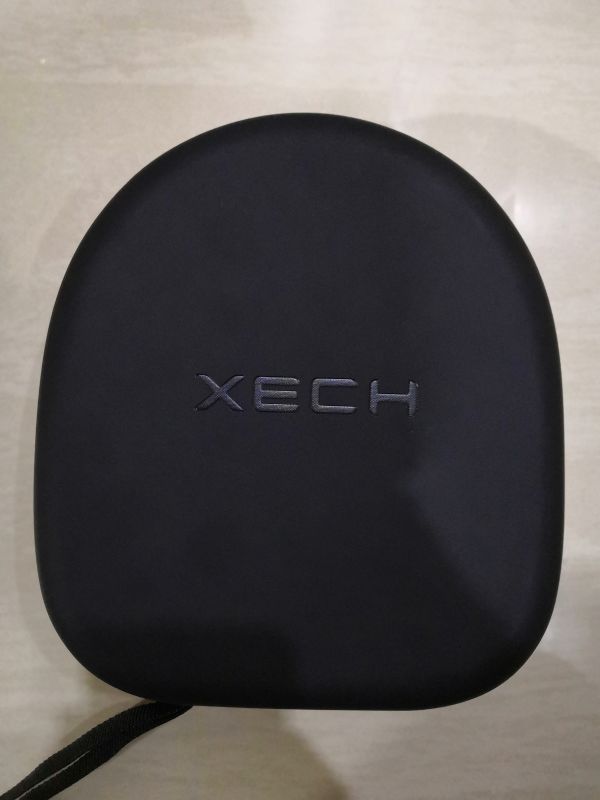 Dressed in Black and Grey, the Xech A8 features a colour combination that's pretty common on headphones. Being really lightweight and weighing around 449 grams, they are made of PVC plastic, rubber, foam and artificial leather, generally, these are the most common materials used in an over-ear headphone. The lightweight design actually is a pro in long and extended sessions while using the headphones, making them very practical and efficient. And because of an over-ear design, it somewhat helps in passive noise-cancellation.

The navigation buttons are also made of plastic and they are placed on the right side on the front, the makers could’ve gone for a cleaner look by placing the buttons on the sides. The audio jack, microSD slot, USB charging port and the mic are placed on the side below the navigation buttons. The plastic buttons are quite responsive but again, in the long run, they probably won’t make it. 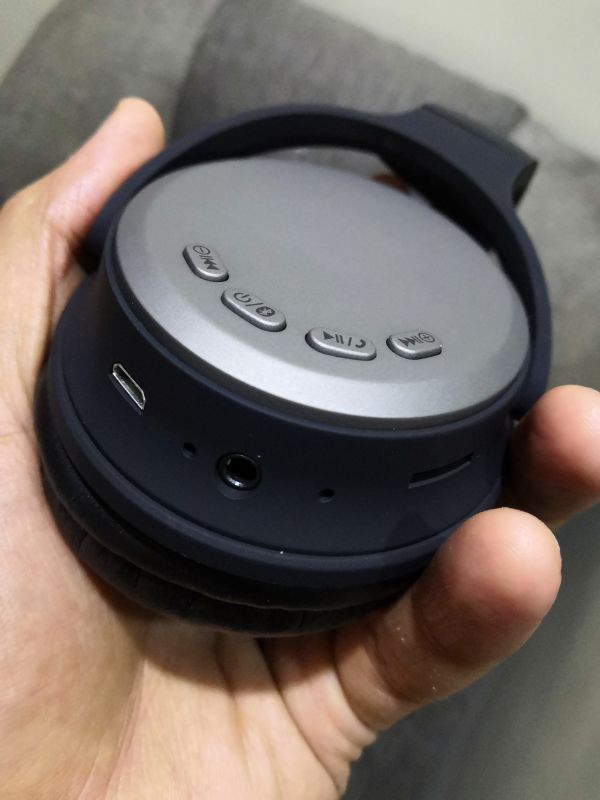 On the ears, they are well cushioned but I feel that eventually, they will die out or maybe even get ruptured. The headband is made of soft plastic, a feature that dominates the design aspect of these headphones. For added comfort, there is a soft padding, the same type that’s used on the ear cups. The XECH A8 is a budget headphone but still, on the physical front, the makers could’ve gone with better choices.

The XECH A8 here offers a decent audio quality experience, not so great but not so bad either, the word you are looking for is “mediocre.” For example, while listening to “Goodbye Angels” by RHCP, the bass did not have a punch. When altering the equalizer to have a maximum bass output, I had to strain my hearing for other frequencies and this was something I encountered with the headphones on each and every setting. The highs and the lows were totally unbalanced and they clearly did not complement each other. A good thing that I observed was no distortion of sound on full volume, both on my Android device and on my Windows 10 PC.

The best thing about the XECH A8 I found was its voice assistant feature which in my experience was bang-on accurate every time I used it. Under the Rs 3,000 segment, finding a voice-enabled headphone is a rarity and also this with so much of pin-point accuracy. The voice assist function supports Siri, Google Assistant, Bixby and Cortana. 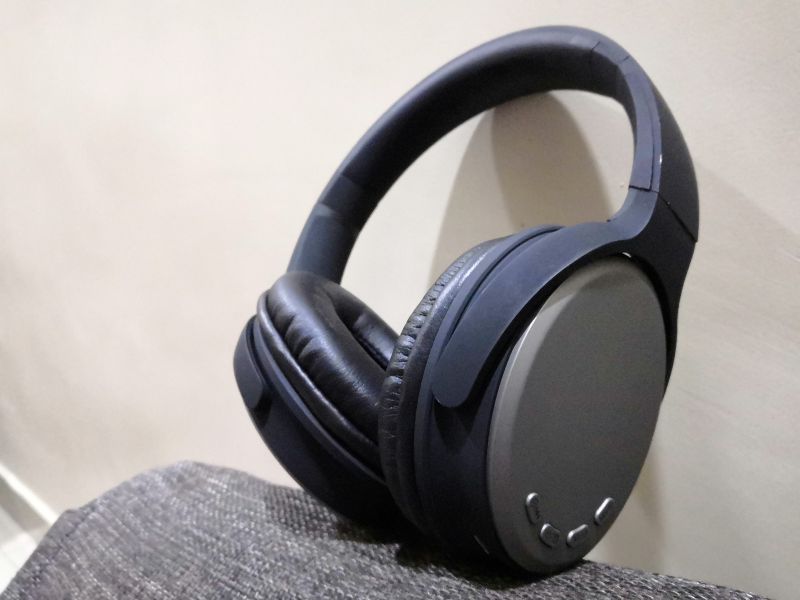 The A8 features a standard 4.2 Bluetooth which works fluently up to a 10-meter range, going beyond this range is not suggested as it starts to lose connection with the device connected via Bluetooth. As per the specs, the headphones take around 2 hours to charge its 3.7V 300mAh rechargeable lithium-ion battery and charging it from dead to 100 per cent, it took around somewhere the same time as mentioned. And after a full charge, it went on for the next 5 hours or so.

Priced for Rs 2,499, the XECH A8 voice assist headphones make an interesting choice in the market. However, in terms of build quality and audio quality, the makers of the A8 could’ve done a better execution. The audio still, is not disappointing but as said earlier, it is mediocre and needs setting it up as per your preferences.

The voice assist feature is the focus of attention, and that’s why I would like to think of these as a multipurpose headphone which gives you the accessibility of using them and doing a lot more than just listening to music without using your hands. Along with everything, the super sturdy EVA carrying case won’t let any harm come near to the headphones while travelling.