This project would mark the beginning of a new era in the country’s transport sector. 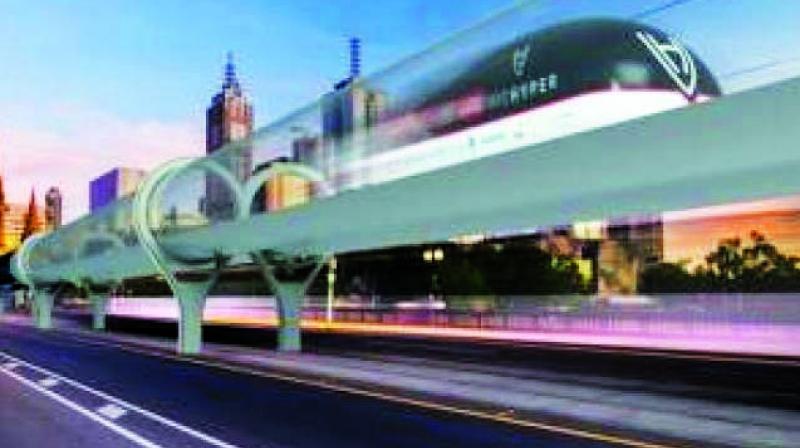 The status could help fasttrack land acquisition for the project over a 117.5-km (73-miles) stretch that will shuttle people between the cities in about 35 minutes.

Maharashtra has granted infrastructure project status for a USD 10-billion plan to build the world’s first ultra-fast hyperloop project, aiming to link the financial hub of Mumbai with the neighbouring city of Pune.

Proposed as a replacement to existing rail infrastructure, hyperloop use magnets to levitate pods inside an airless tube, creating conditions in which the pods can shuttle people and freight at speeds of up to 750 miles (1,200 km) per hour.

The status could help fast track land acquisition for the project over a 117.5-km (73-miles) stretch that will shuttle people between the cities in about 35 minutes.

“This project would mark the beginning of a new era in the country’s transport sector,” the state government said in a statement late on Wednesday.

Although the plan’s original proponent was a consortium of the United Arab Emirates’ DP World and Virgin Hyperloop One, which submitted the initial proposal, the project is to be opened up to other competing bids.

In a separate statement, DP World said it was willing to invest USD 500 million in private capital to complete the project’s first phase to prove that the technology is safe and viable.

The project is expected to cost about 700 billion rupees (USD 10.1 billion), the state government said, and it is still unclear how the project will be funded.

The route from Mumbai to Pune is one of India’s busiest, with roughly 75 million passenger journeys each year.