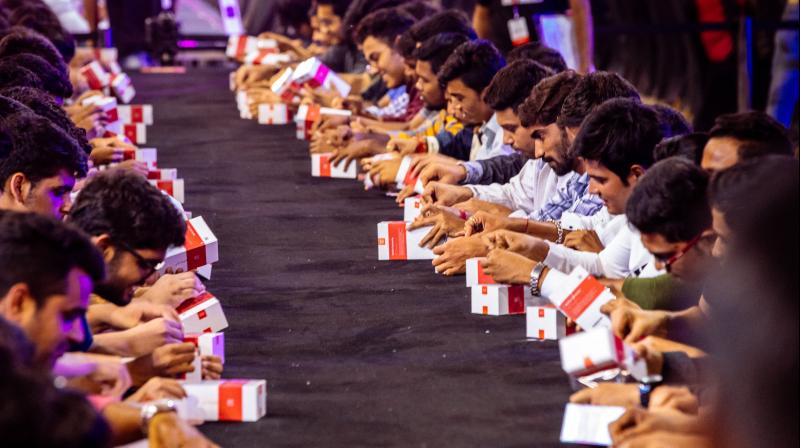 Chinese smartphone maker OnePlus has begun exporting smartphones made in India to western markets. However, that is not all. For India, a bigger boost in terms of exports might be well on the horizon.

Speaking to the Deccan Chronicle, Vikas Agarwal the company’s general manager said that, “We are trying to explore the possibility of India as our primary sourcing hub, although for the last 3 years we have sold our locally made handsets in India itself.”

He further added that with government measures lowering taxes and increasing incentives for manufacturing in India it could go well. For right now, the company has begun exporting some amount of its India manufactured products as part of trials that are at a stage of infancy.

Manufacturing for the company occurs from an Oppo Mobiles-owned factory in Noida, Uttar Pradesh. However, last month it also recently opened a research and development centre in Hyderabad. CEO Pete Lau has said that this may well become its largest, in the coming years.

Agarwal further mentioned that OnePlus will be expanding to 35 stores across India from its current 15 stores by the end of this year. “By next year, we would like to touch a hundred stores in over 50 cities”, he said.

One of the leaders in the Indian market in terms of sales in the premium segment, following Samsung. 33 per cent of OnePlus’ sales takes place in India when looked at from a global perspective. Mostly a smartphone brand, it has also now entered the smart TV segment with the 55-inches OnePlus TV.

Now, Agarwal said it will also look towards expanding its offline presence in India with its own, company-operated service centres.