Skullcandy have finally got it right with their second pair of truly wireless earphones; and they’re available in Black. 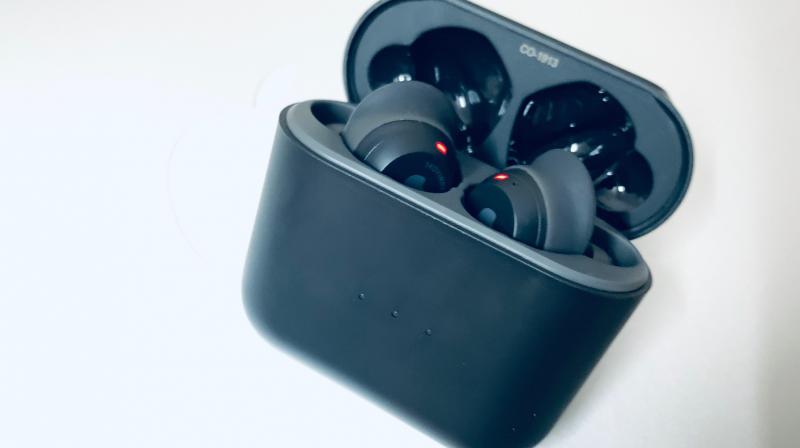 It's 2019 and a brand like Skullcandy needs no introduction. The headphone giant has seen its popularity soar as they cater to the urban youth who want stylish headphones that not just look brash but also pack a punch where its most needed — bass. After delivering banger after banger in the headphone and earphone space, Skullcandy took a bit of a dip with its first truly wireless earphones, the Skullcandy Push. These earbuds were announced at the beginning of the year and even though they came with the signature Skullcandy styling, they failed to live up to the audio performance.

Fast forward a few months and Skullcandy has taken a long, hard look at the true wireless market and recognized that Apple AirPods are the industry leaders not just by accident but because they pack enough tech in them that they can be an all in one solution without there ever being a need to alternate between different sets of earphones.

Keeping this in mind, the American-based audio brand launched the Skullcandy Indy that not just mimics the design of the Apple AirPods but also added enough tech in them to make it stand out from the crowd. 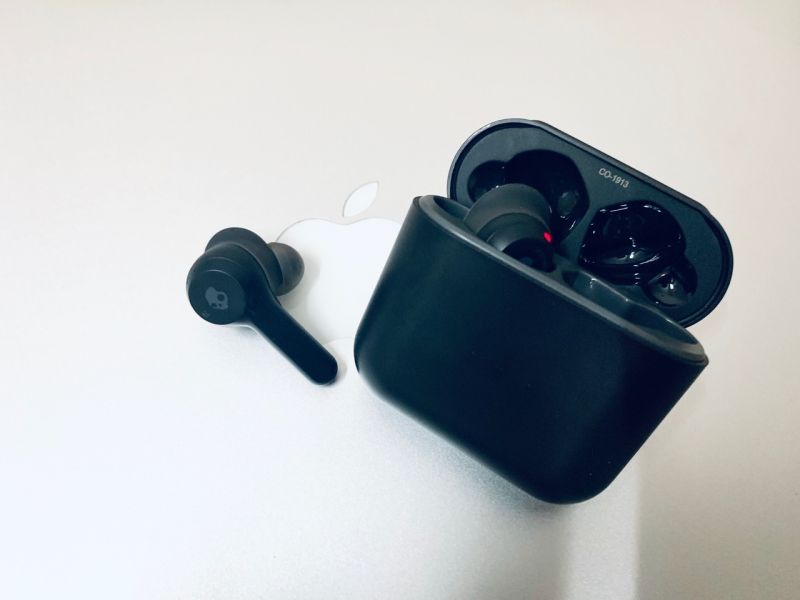 One thing that makes the Skullcandy Indy stand out from the hordes of earbuds available in the market is that it features the ‘stem-style’ design that’s most popular with the Apple AirPods. With this design, there will be obvious comparisons to the ones found on the Cupertino-based smartphone manufacturer’s earphones. However, the Skullcandy alternative isn’t just an Apple copycat as it comes with flat edges as opposed to the rounded stems found on the AirPods.

With the Skullcandy Indy featuring similar design cues as the Apple AirPods, comparisons can’t be helped. The earbuds from Skullcandy are bit larger and feature removable stability gels that aren’t present on the AirPods. While this may be a small feature, they go a long way as it allows the buds to sit properly in the ear cavity without any worry of them falling off. The outside of the buds come with the Skullcandy branding which is actually quite cool as it gives them a bad boy vibe. This is something that will surely appeal to not just you but the rebels and the free-thinkers as well.

At first glance, you may be mistaken that the logo is merely for aesthetic purposes, but the brand has added touch-sensitive controls here wherein they can be used for a variety of tasks that include but not limited to pairing, play/pause, skipping tracks and adjusting the volume. In short, Skullcandy has filled the void where Apple’s AirPods were lacking — volume adjustment. 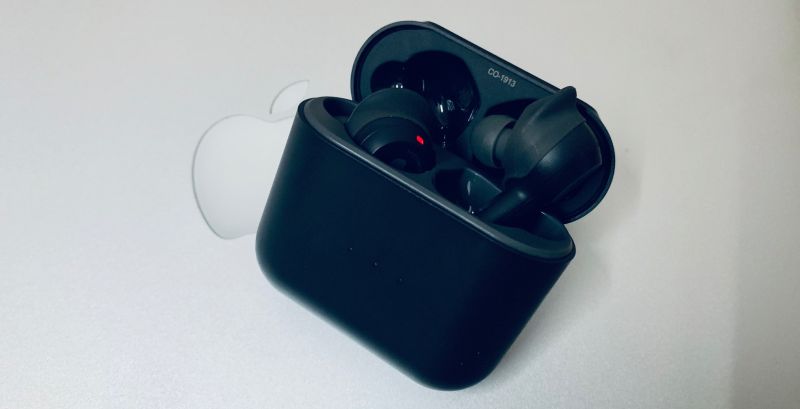 In pictures, the charging case looks similar to those found on Apple’s option; but in reality, they are a lot bigger. However, they feel a lot plasticky in comparison to Apple’s offering, which takes away the premium appeal to an extent. However, no points are docked from this as, after all; they do cost half the amount. This case features three LED indicators to denote the battery status in the case and unlike the Skullcandy Push, the Indy’s charging case is fitted with a micro USB port. The logic behind adding a micro USB port isn't known, but it could be to keep the price down to a minimum. I would have definitely preferred a Type-C charging port as it’s well, 2019 and this option shows that the brand is future-proofing their products. The lid of the case isn’t the greatest and if jerked, it tends to open without any hassle. Luckily, the buds remain secure inside and don’t fly out with any rough handling.

As far as comfort goes, I am pleased to say that while using them they feel non-existent and this is a major plus point as it helps negate ear fatigue. You can just slip them on and forget that they’re even there. Skullcandy does add additional gels in the packaging; however, I found that the ones that were attached to the buds suited me the best. You’ll have to try all to get the perfect fit and it’s great that the brand does give you that option. My colleague found that using these earbuds without the gels to be the best for him; so, this too, is an option for you that you may appreciate.

Another huge advantage the Skullcandy Indy has is that it boasts an IP55 protection rating – with sweat, water, and dust resistance – so you can wear it confidently wherever you go.

Apple’s AirPods are known for their simplistic ease-of-use and now, with the Skullcandy Indy, we finally get a pair that offers the same experience; and, they come in black. Setting them us is awfully simple. All you have to do is just put the buds in your ears, go to the Bluetooth option in your smartphone, laptop, tablet, or PMP and just select Indy. That’s it. You’re now good to go to experience the warm luscious sound these earphones have to offer. 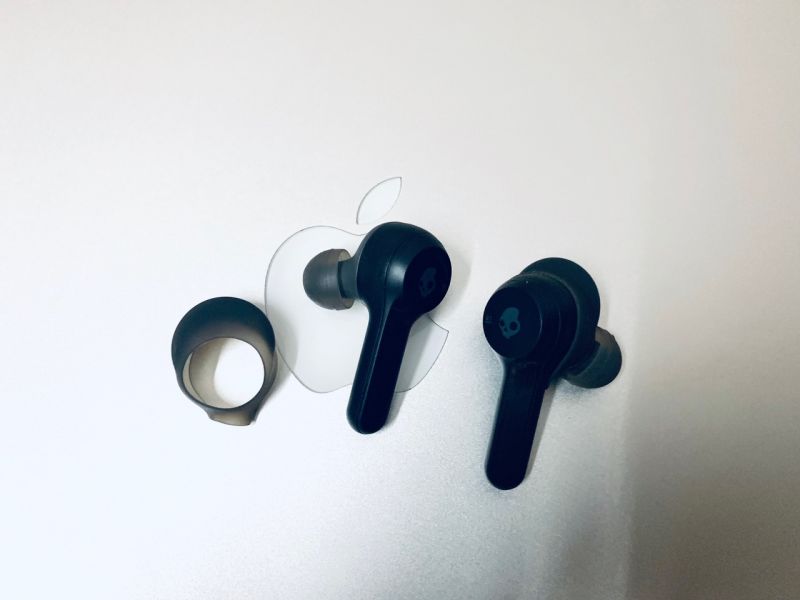 With Skullcandy’s previous true wireless earbuds, the Skullcandy Push, I found that the audio quality was quite a big turn off as it had an overpowering bass that managed to drown off the other frequencies. With the Indy, from the moment I hit play, I was greeted with a warm, encapsulating sound that delighted me from the get-go.

While listening to popular genres such as Hip Hop, Dance and Pop, I found there to be a beautiful separation between the bass the highs and the mids. Being a Skullcandy product, you get oodles of bass, but thankfully, it’s not overwhelming. The added bass has a nice punch to it with ample definition. The highs do have a shine and are quite reaching when listening to instrumental tunes. It’s safe to say that the Skullcandy Indy earphones go on our recommended list of products as it has an audio quality that matches true wireless earbuds that cost significantly more.

With this being said, if you are an audiophile, these earbuds aren’t for you. However, if you are someone who wants earphones that has sufficient bass and looks cool, then the Skullcandy Indy is worth your cash.

The battery life on the Skullcandy Indy is comparable to other truly wireless earbuds out there. With the Indy’s battery topped up, you get a full four hours listening after which they need to be re-holstered in the charging case. The case offers 16 hours of battery, which is well on par with rival manufacturers thereby providing you with sufficient listening. The Indy comes with Rapid Charge capabilities where you get one and a half hour of playback with a mere 10-minute charge. Also, to top up the battery of the earbuds, it will take you an hour and to fully charge the case from a dead battery, it will take you about 2 hours; which is not bad. 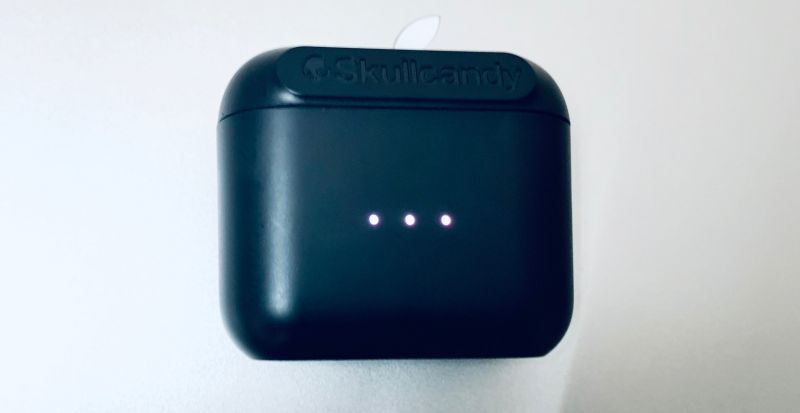 Android users have long complained that there are no worthy Apple AirPods alternative for their smartphones and if you had to purchase one of the countless true wireless earphones, they rarely came with the stem-style design. These earphones don’t just work with Android handsets, but with iOS devices as well and sound just as great. With the Skullcandy Indy, priced attractively at Rs 7,499, you get a pair of true wireless earphones that not just looks great; but also have enough bass output that’s signature Skullcandy. If you’re in the market looking for a great Apple AirPods alternative that’s priced to perfection, then the Indy earphones are a no-brainer.