If you’re an audiophile and want a no-nonsense pair of in-ear headphones, the 1MORE Quad-Driver is the single most obvious choice for you. 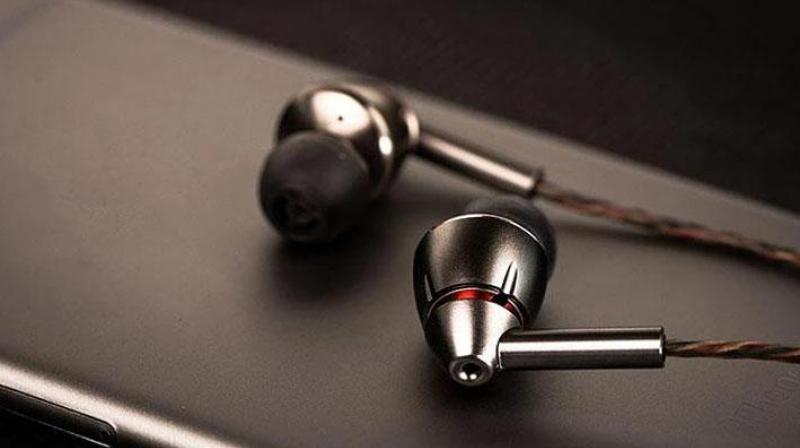 The 1MORE Quad-Driver come with three balanced armature drivers alongside a diamond-like carbon driver and by putting them together, you get an audio experience that’s unparalleled.
Rating:

When 1MORE announced its Triple-Driver earphones, it set the bar of what a great in-ear product should be — straight-edge, clean audio experience to elevate your music listening experience. Riding on its immense success, 1MORE doubled-down on this philosophy and introduced the Quad-Driver in-ear headphones, which takes the best bits of the Triple-Driver and enhances it to an extent that will not just please the masses but will also be welcomed by the audiophile community as well.

The 1MORE Quad-Driver isn’t cheap and it comes with a retail price of Rs 14,999 which puts it in the upper echelon of audio products. However, it is available for as low as Rs 8,499 which makes it worth a lot more than what it sells for.

The 1MORE Quad-Driver come with three balanced armature drivers alongside a diamond-like carbon driver and by putting them together, you get an audio experience that’s unparalleled. So, if you are looking out for a best-in-class pair of in-ear headphones that are supremely built, then read on to know why the 1MORE Quad-Driver headphones should be your next investment. 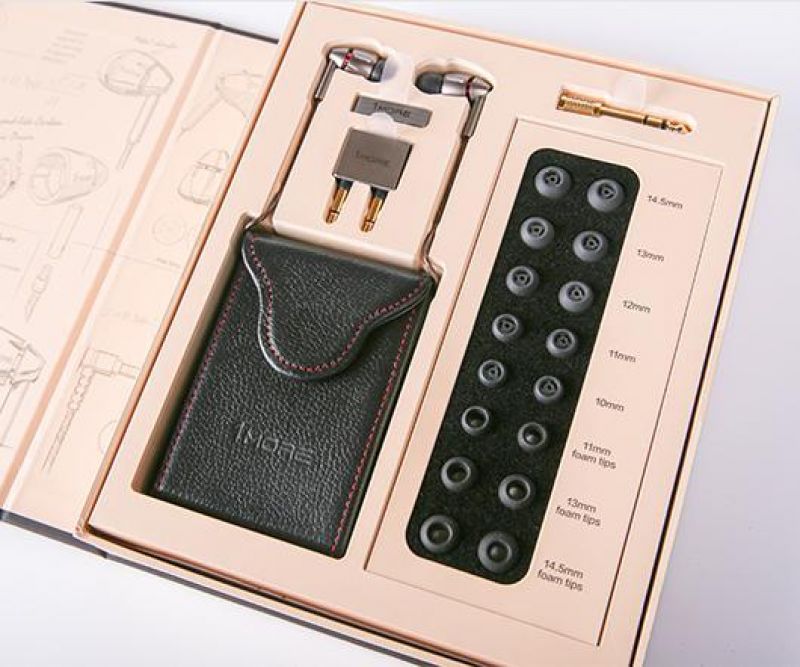 From the packaging to the design of the earphones, everything here is built to perfection. Even though this may seem trivial, 1MORE has ensured that you get an absolutely premium experience from the get-go. The packaging here is made of the most premium materials and is designed to look like you’re opening a hardcover book. Once opened, there are detailed graphics on the left which portray the earphones and also denote its salient features.

The right of the box, once opened shows what accessories you receive with the Quad-Drivers and there’s actually quite a lot here making these headphones feel like a steal. You get a metal shirt clip, a leather carrying case, an airplane headphone adapter, and a ¼-inch adapter that’s gold-plated. Apart from this, there are custom ear tips and nine sets of tips in total —  one attached and eight in the box.

1MORE has done a tremendous job with the packaging and they really need all the applause they receive for providing all they can with the accessories here. 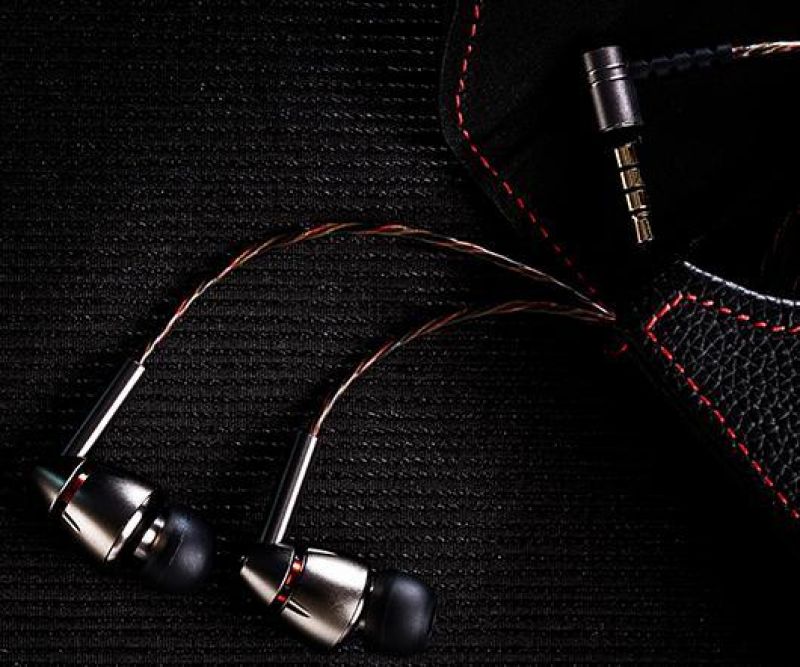 When it comes to the 1MORE Quad-Driver earphones, these in-ear monitors are designed to perfection and no praise can justify our admiration for it. We can’t stress how great these buds look and they feel like they have been built to perfection. 1MORE hasn’t used much plastic here but instead rounded them off in a polished metal construction that screams premium.

The casing of the buds is finished in metal and are shaped like bullets where the tapered end is the farthest from your ears. There is a metal sheet for where the nozzle and the filters are as opposed to paper on what you’d find on lower-priced earphones. 1MORE’s attention to detail is what makes these Quad-Drivers stand out from the hordes of earphones out there.

The stem of these earphones is constructed as a part of the buds and as opposed to a rubber shaft that’s found on rival products, this looks like they can stand the test of time. This is a good decision from the brand to design the buds like this as it shows that it will stay strong even if accidentally tugged. 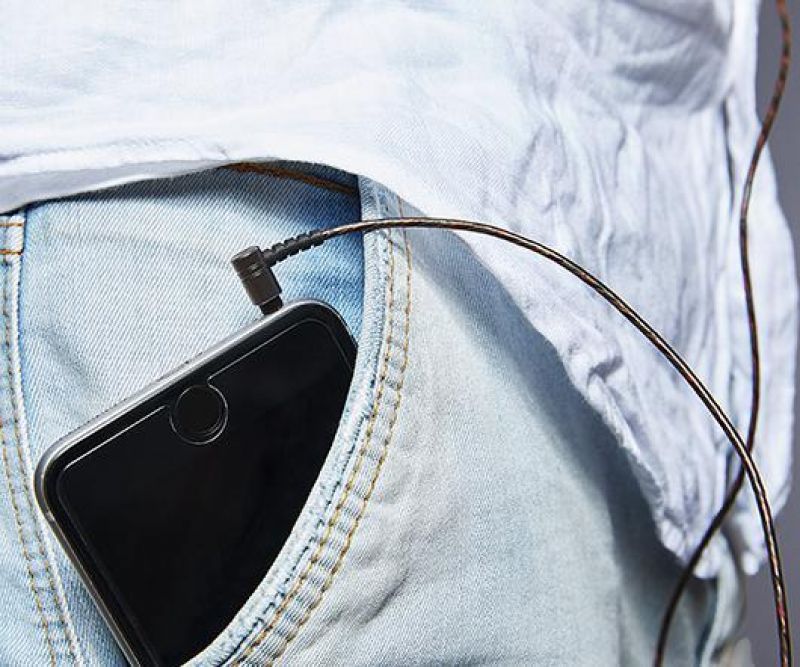 As far as the cable of these earphones go, they are by far one of the best if not the best materials used. 1MORE has constructed the cable using a Kevlar-like tangle-resistant material which makes them pretty strong. The rubberized coating here allows for a soft feel and the red-black colouring exudes appeal.

The metallic design of the earbuds extends to the in-line remote and it features a three-button layout which works seamlessly with iOS and Android devices. With these controls, you can adjust the volume, answer calls, as well as pull up your voice assistant. These buttons are built well and have a great tactile feel to them and its metal construction is a nice touch.

The 1MORE Quad-Driver in-ear headphones were tested with an iOS device, a FiiO M5 media player as well as an Android handset and with its performance, the earphones went from strength to strength. 1MORE has used three patented armature drivers that have been calibrated to approach a wide auditory spectrum which interacts to render precise, bright highs and a sharp responsive mid-range. The brand claims that this output is marked by an oaken warmth and lucid instrument separation, for every kind of music.

These earphones require a bit of burn-in to gauge the optimal performance and we observed that the treble had a full detail with the right amount of energy. The highs have a lot of sparkle which aptly complement the low-end and which is great for most modern genres. While listening to 2Cellos’ Thunderstruck, this is especially true where the top end extends beautifully. 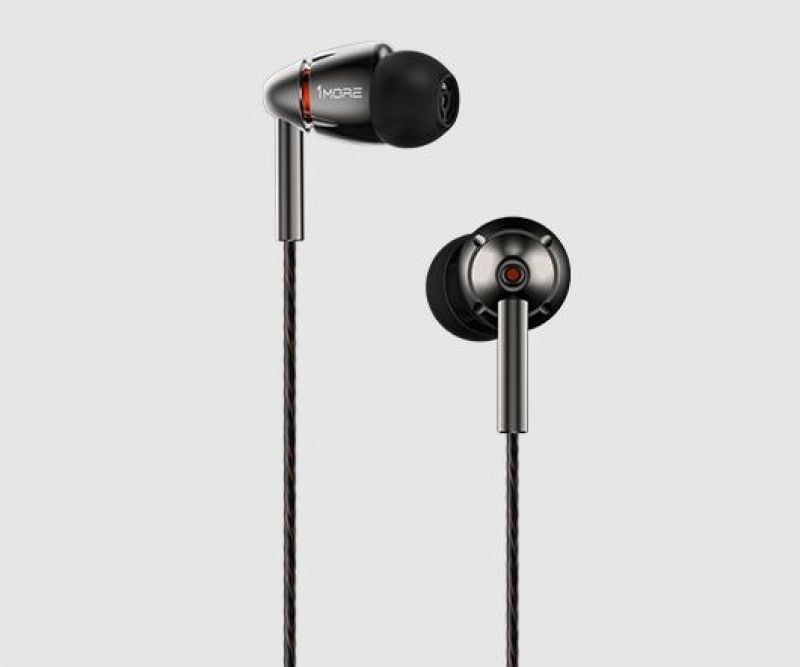 While the top-end shines, the Quad-Driver absolutely nails the show in the mid-range. There is a lot of detail and has an accurate presentation and has the space necessary where you will never want for more. This is where the earphones truly come alive and the separation is overwhelmingly present especially with vocals or strings giving you a dynamic experience. There is something about it that feels so expected where everything is smooth where it falls into place like Tetris.

The Quad-Driver earphones aren’t overly bassy; however, they do have a thump associated with them that complements the other frequencies perfectly. This is where the dynamic driver comes into play and even though they are not designed with bassheads in mind, they do make for a rounded listening experience. For those who are fans of a neutral, detailed audio experience, the Quad-Driver will be ideally suited for you.

Also, let’s not forget about call quality and these earphones perform as brilliantly in this department as it does in others. The person on the other end of the call was able to hear us clearly and there were no disturbances noticed. At the same time, we could hear the recipient very well; which makes it a great addition to your smartphone. 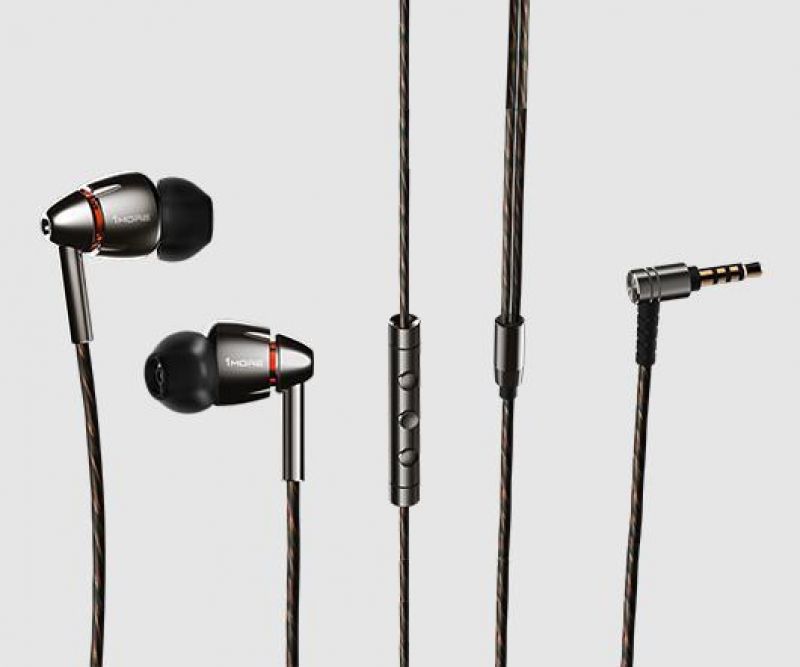 Priced at Rs 14,999, the 1MORE Quad-Driver in-ear headphones are a tad bit on the costly side. However, we recommend purchasing them nevertheless. With them being priced at Rs 8,499, these are an absolute steal and for anyone who is absolutely serious about their music experience; we strongly recommend you get these as it will definitely enhance your audio experience to heights unknown.