Stunning Apple AirPods rival earbuds can be charged in a smartwatch

Aipower’s Wearbuds are like nothing you have ever seen before and believe it or not, they can be charged on your wrist. 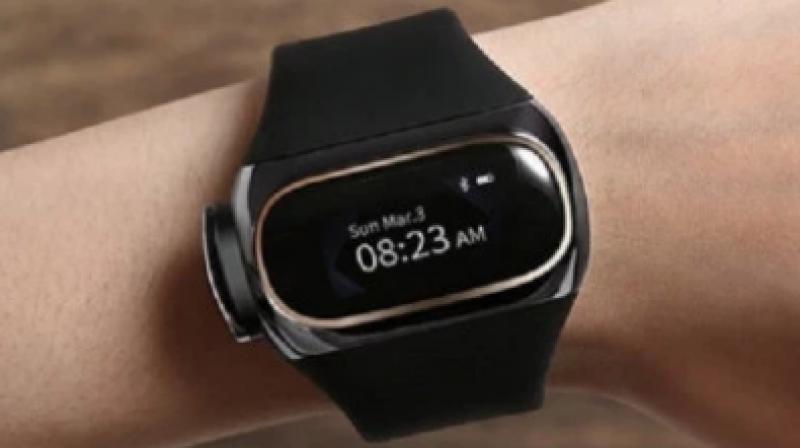 Aipower feels for the sake of portability, charging wireless earbuds on your wrist is an ideal solution as they get embedded in a smartwatch.

Apple AirPods have been selling extremely well since they were first announced back in 2017. Seeing this trend, various manufacturers have launched their own versions of truly wireless earbuds in a bid to occupy a slice of the pie. Aipower, a brand that’s new to the true wireless space have recently launched a pair of true wireless earbuds and it is unlike anything that’s ever seen before. While regular earbuds come with a charging case, the Aipower Wearbuds can be charged using a smartwatch.

Aipower feels for the sake of portability, charging wireless earbuds on your wrist is an ideal solution as they get embedded in a smartwatch. The brand’s Wearbuds are reaching the end of its highly successful Kickstarter campaign and it’s pretty rare that you see innovations such as these. With the Wearbuds, Aipower is imagining the evolution of Apple’s AirPods and if marketed right, we can see it doing well merely because of this awesome concept.

AiPower has designed a smartwatch that charges the earbuds and sells for USD 69 for the matte black version and goes up to USD 149 for a limited edition model with a pedometer, fitness tracking and sleep tracking, all in addition to housing the Wearbuds. 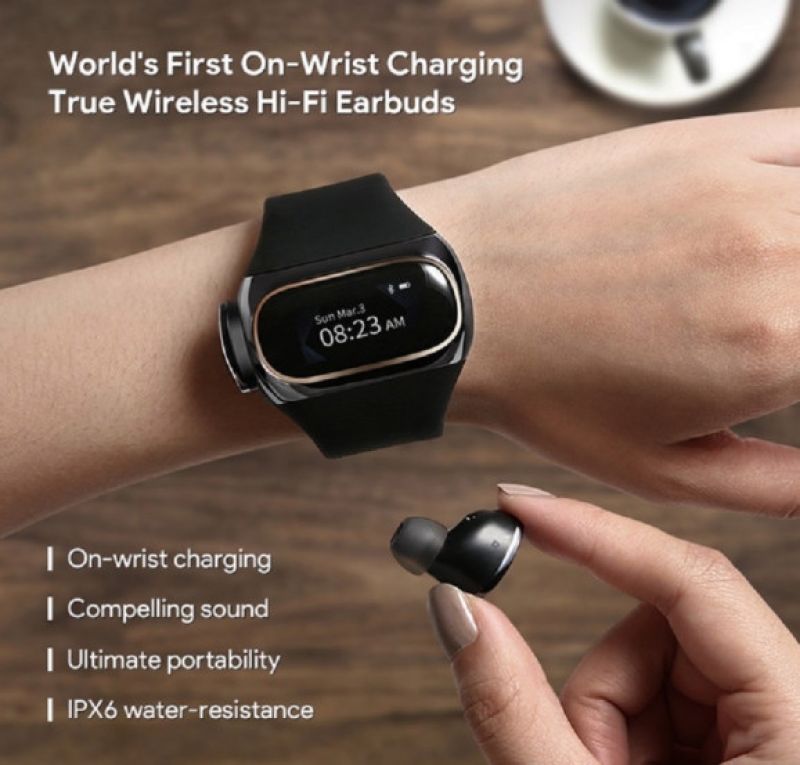 As per a report by VentureBeat, the Kickstarter campaign topped its target of USD 50,000 in a single day and has reached over USD 800,000 in its final hours. The final version will reportedly sell to Kickstarter backers this year.

As far as specs go, the Wearbuds weighs a mere 3.6g each and offer a wireless stereo sound that can take phone calls or playback music through its wireless pods that can be paired with your smartphone.

These earbuds are tiny and they can be plugged into either side of the smartwatch’s display. The smartwatch charges the earbuds and the battery life of the watch is rated at seven days after which you will need to plug it into a wall charger.

Aipower says they have already patented the design.

These Wearbuds come with an IPX6 ingress certification and is powered by an ARM Cortex-M core processor. Apart from this, there is an app that allows you to review basic information such as heart rate, hours slept and steps walked.