The GoPro Fusion is a 360-degree camera that can shoot videos in 5.2K resolution and is also water resistant. 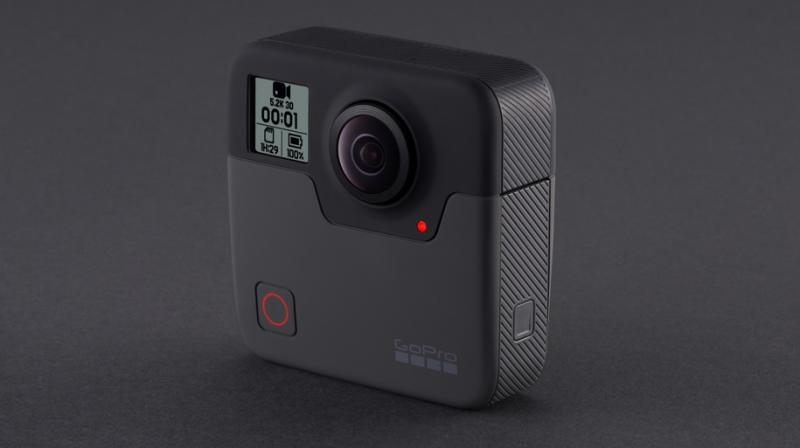 GoPro plans to change the video capturing format with the Fusion camera's 360-degree capturing capabilities.  The camera is equipped with an 18MP sensor, which comes with two CMOS sensors on the sides to shoot 360-spherical content. It has stabilisation combined with mobile OverCapture that promises to give overall smooth content and editing experience. It features a monochrome LED display to show the camera settings. The camera also boasts slots for microSD, microSDHC and microSDXC cards.

The GoPro Fusion camera has water-resistant support up to 5 metres. It also has a GoPro app for both Android and iOS, which allows users to re-shoot multiple 360 video moments with different perspectives. The app also allows users to capture live preview shots, and also stitch, trim and share content from their devices. As stated earlier, the OverCapture feature allows users to re-frame and save traditional fixed-perspective videos "punched out" from the large 360-degree video.