The Boombox speaker is an extremely capable speaker with party-specific features. 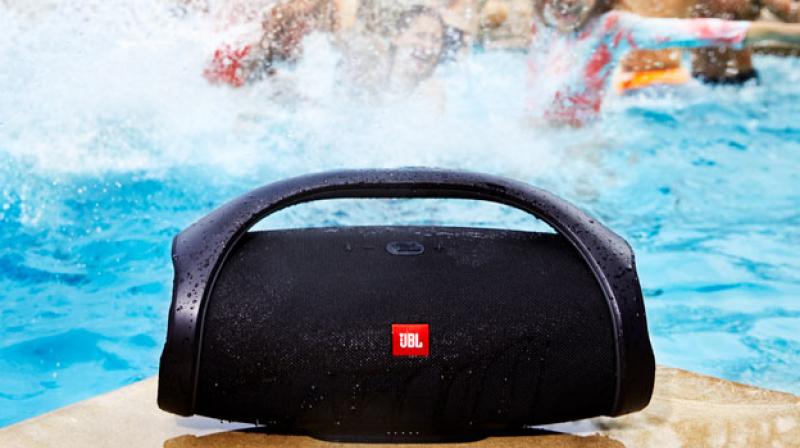 It can also connect to more than 100 JBL Connect+ enabled speakers within Bluetooth range, thus making it a party focussed wireless speaker.

Harman’s sub-brand JBL has launched its premium wireless speaker in India. Called the JBL Boombox, the speaker has been priced at Rs 34,990. JBL claims that the speaker can provide a continuous playback of 24 hours — thanks to its massive 20,000mAh battery.

With the addition of a dual charge out, users can charge their smartphones and tablets simultaneously while the music plays. As for the audio quality, the portable speaker is said to pack a serious punch. It’s also claimed to be the biggest portable speaker available, weighing in at over 5.25kg and nearly 20-inches long. The speaker’s large frame is equipped with four active transducers and two bass radiators, all of which promise powerful sound and bass in a substantial—but portable—package.

The Boombox also features an IPX7 rated waterproof design, like all other portable JBL speakers. It can also connect to more than 100 JBL Connect+ enabled speakers within Bluetooth range, thus making it a party focussed wireless speaker.