Reports from the online media state that Apple is planning to introduce the new smartglasses as early as 2018. 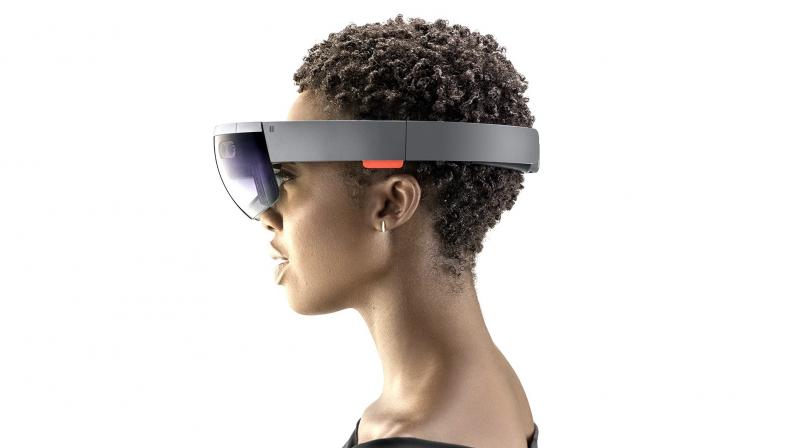 While both the tech giants Microsoft and Apple are seemingly moving upwards into smartphone, the two are focusing on something more than mobile, and this seems to be their top priority.

While we are all addicted to the one and only, most personal gadget, the smartphone, a surprise comes in from the top tech giants in the industry. Apple and Microsoft seem to agree on one common platform that the conventional smartphones are dead.

Microsoft seems to be ‘almost’ shutting shop in the smartphone market. Though there are rumours about the mobile market makeover from their end are still trickling in, there are thousands of apps and developers pulling off their support for the Windows Mobile Phone platform.

On the other hand, Apple is doing good in the smartphone industry, but is facing heavy competition from major rivals such as Samsung, Huawei, and a few more. The present works states that Apple is all in for the smartphone future, and seems to be continuing the innovation.

However, while both the tech giants Microsoft and Apple are seemingly moving upwards into smartphone, the two are focusing on something more than mobile, and this seems to be their top priority.

Both are presently speeding towards smartglasses and are heavily investing billions of dollars. The next generation seems to be more of smart wearables, and the AR smartglasses seems to be the next ‘thing’, other than mobile.

Recent rumours mentioned Apple trying out prototypes of a headset with a 3D camera while still using the iPhone’s display. However, Apple is considering using their own screen to overlay AR content on the real world. Could this be the future of the iPhone, an extension of the iPhone, or simply the end of the iPhone and the start of a next generation, cyborg-like humans? Apple has already acquired a German AR and eye-tracking company SensoMotoric Instruments, a few months ago, and did hire a NASA AR expert for its future product development.

Reports from the online media state that Apple is planning to introduce the new smartglasses as early as 2018, but there is no confirmation as yet. With the Cupertino tech giant already hinting and getting itself and the world ready for AR (the iOS 11 will feature ARKit), this could be the entry point for Apple to make sure that the users and app developers are ready for the next AR push.

Microsoft on the other hand is almost pronouncing smartphones as the device of yesteryear. The creator of HoloLens, Alex Kipman, said it out loud this year that Smartphones are yesterday’s news, and the phone is already dead — just that people are yet to realize this fact. Invested heavily on the HoloLens, Microsoft seems to want to pioneer the next move beyond smartphones.

Kipman stressed that the potential of the HoloLens (or smart AR glasses in whole) have a huge potential and will replace the smartphone one day, altogether. When future apps will start projecting into the user’s line of sight, watching TV, videos, and other daily information will be on your glasses, along with voice and gesture controls, replacing your existing smartphone completely. In short, AR wearables will completely wipe out smartphones one day. While Microsoft already, and slowly witnessing a demise of its smartphone segment, Apple seems to be heavily working towards the existence of the smartphone while working towards the AR push.

AR is no doubt the future of smart wearable technology, and with Microsoft and Apple betting on it big time, it seems like it is definitely here to stay. Though the two tech giants are heavily investing on an AR future, it seems like the smartphone won’t be dead so soon and we could see at least around a decade of its existence, if not more. (With inputs from Softpedia)