CES 2018: Vuzix Blade AR glasses are the next Google Glasses

The pair of Alexa-enabled smart glasses is definitely a successor to Google’s failed product. 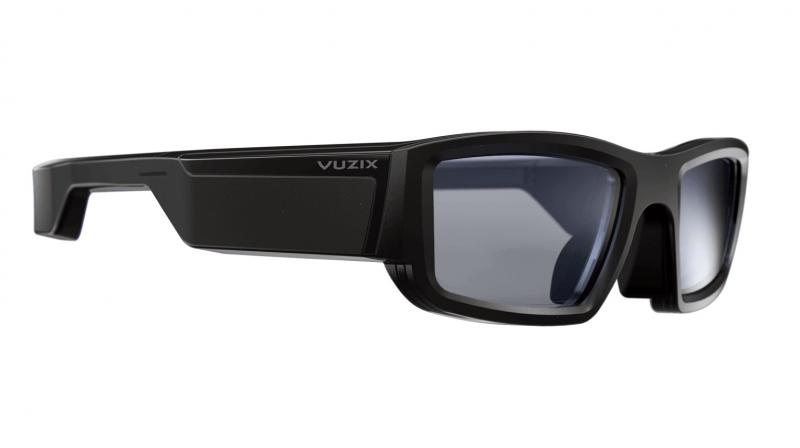 The Blade is the first device Vuzix has developed which contains almost all aspects of display and power source within the frame.

CES 2018 provided a platform for the display provider Vuzix which has been trying to make a fresher, advanced model of Google glasses for quite some time now and seems to have finally succeeded. The brand unveiled its latest product named Vuzix Blade which is a pair of AR smart glasses that floats a screen in the upper right corner of the user’s vision. The Blade is the first device Vuzix has developed which contains almost all aspects of display and power source within the frame.

It will be the first pair of AR glasses which will be Alexa integrated. Although the Blade looks like a clunky pair of oversized sunglasses but beyond the soft glow of bluish white light an outside observer may notice pulsing behind the right side lens, you will only have to get closer to understand that the user is wearing a computer over their eyes.

That definitely gives the latest AR glasses a leap over Google Glass which was launched five years ago. Also, the product actually works and was described as a marriage of voice-based artificial intelligence to a hands-free wearable heads-up display.

The brand plans to deliver a developer version of the product in the next few months and the consumer version will be available later in the year.
The price right now is $1,000, but Vuzix hopes to bring it down to less than $500 with future generations.