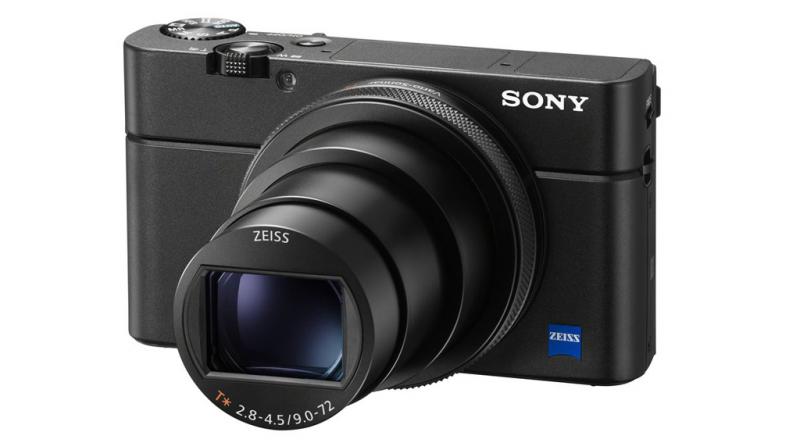 Sony has recently announced a new addition to its Cyber-shot RX100 series of compact cameras, the RX100 VI (model DSC-RX100M6). This camera is the first in the series to include a high magnification zoom lens as it features a Zeiss Vario-Sonnar T 24-200mm F2.8-F4.5 lens in a pocketable form factor. The lens has built-in Optical SteadyShot image stabilization that is equivalent to a 4.0-stop faster shutter speed, helping to prevent camera shake or blurry images even in a low-light condition or at telephoto zoom range.

The new model is equipped with a 20.1 MP 1.0-type stacked Exmor RS CMOS image sensor with DRAM chip and an upgraded BIONZ X image processing system with a front-end LSI. Additionally, the RX100 VI features a Fast Hybrid AF system with 315-point phase-detection AF points on the sensor that can acquire focus in as little as 0.03 seconds. Sony claims that this is the fastest AF acquisition time for 1.0-type sensor cameras. .  It can also shoot at up to 24 fps at full resolution with continuous AF/AE tracking and produces 4K video with full pixel readout and no pixel binning.

The RX100 VI also has a high-speed Anti-Distortion Shutter (maximum shutter speed of up to 1/32000 second) that reduces the "rolling shutter" effect commonly experienced with fast-moving subjects and can shoot completely silently in all modes, including continuous high-speed shooting, when the electronic shutter is engaged.  A mechanical shutter mode is also available as well if required by the user.