The company says that the tablet is designed with advanced computing technology. 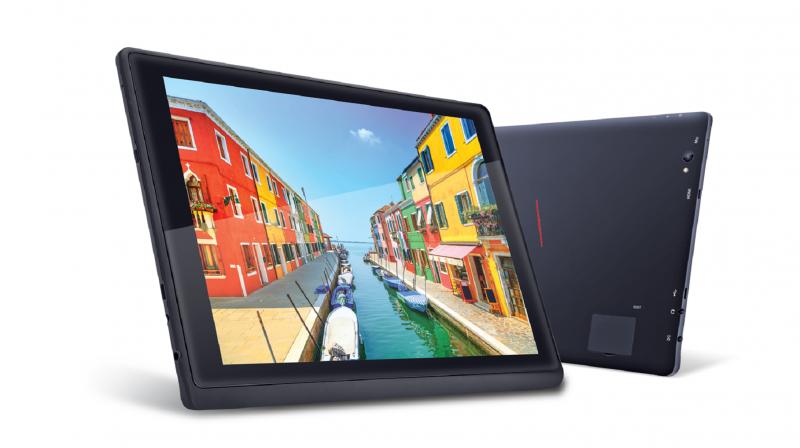 The tablet is available for purchase via online and select retail stores across India at a price of Rs 16,999.

iBall has launched its latest tablet called Slide Elan 3x32. The company says that the tablet is designed with advanced computing technology. It features a 10.1-inch IPS HD display with a resolution of 1280x800 pixels.

The tablet runs on Android 8.1 Oreo and is claimed to deliver high-speed performance. It is powered by a quad-core chipset clocked at 1.3GHz, paired with 3GB of RAM and 32GB of internal storage, which is expandable up to 64GB. It is backed by a 7000mAh battery, which is claimed to deliver up to 20 days of standby time, 6 hours of video playback and 23 hours of Audio playback.  The tablet supports 22 Indian regional languages.

In terms of cameras, there is a 5MP rear camera along with Auto Focus and LED flash. Upfront, the device sports a 2MP selfie camera, that comes with several filters and modes. Connectivity options include OTG support, Wi-Fi, Hotspot, Bluetooth, Cast Screen, among other things. One can also connect the tablet to a bigger TV screen or a projector with the help of the micro HDMI port. The tablet is available for purchase via online and select retail stores across India at a price of Rs 16,999.