Technology   Gadgets  13 Jun 2019  These BOSE sunglasses are unlike anything you’ve seen or heard before
Technology, Gadgets 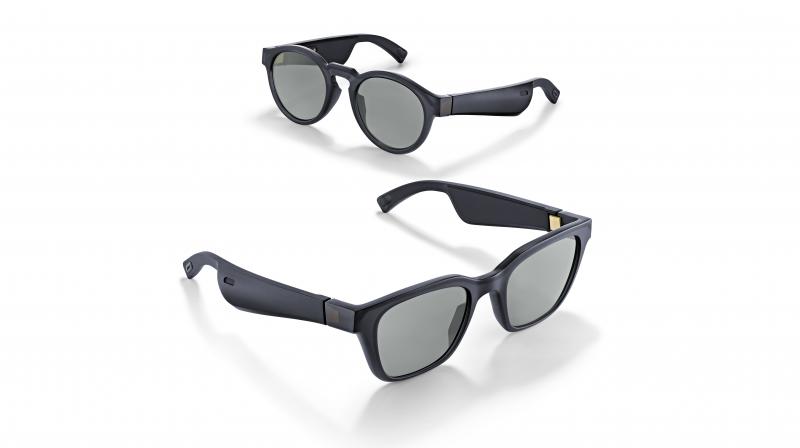 The consumer electronics company, BOSE, specializing in audio equipment have introduced the new revolutionary Bose Frames in India. With premium looks of a sunglass, they also offer the functionality and performance of a wireless headphone and the world’s first audio augmented reality platform.

Bose Frames is headed to India along with the new, globally available Bose Frames Lens Collection, a set of gradient and mirrored lenses that can be easily switched to customize their style, change colours, and reduce glare.

The Bose Frames feature the tiniest, thinnest, most lightweight Bose system ever. Users can stream music and information, take and make calls and access virtual assistants from – while keeping playlists, entertainment, and conversations private.

Mehul Trivedi, director of Bose Frames said, “Frames are both magical and practical, with the new lens options, they’re more versatile premium sunglasses.  But when you turn them on, they function like headphones, instantly connecting to your phone, contacts, the web, and all its audible content.  Frames have taken the wearable category by storm since their US release six months ago, and we’re really excited to bring their groundbreaking performance – and new accessories – to people all over the world.”

Bose Frames are Bose AR compatible, it knows where you are and what you’re facing using a 9-axis head motion sensor and the GPS from your iOS or Android device and automatically adds a layer of audio through Bose AR apps, connecting that place and time to endless possibilities.

Bose Frames use a lithium battery that connects to an included pogo-pin cable for charging. At average listening levels, they run up to 3.5 hours for playback and up to 12 hours on standby and can be fully recharged in less than two hours. For smudges and storage, they come with a cloth bag and a protective case.

Bose Frames come in Matte Black and two universal styles, the larger (Alto) and smaller (Rondo).  They will retail for INR 21,900. The Bose Frames Lens Collection non-polarized and polarized lenses will retail for INR 1,990 and INR 2,990 respectively. They’re available in India from June 20th. Bose AR apps can be found in the Bose Connect app and the iOS App Store. Bose Frames and accessories will now be available through select resellers, in addition to Bose stores.