New iPhone, iPad and Notebook: Apple preparing a feast for us?

The updated range of MacBooks will perhaps be announced in October after the unveiling of new iPhones in September. 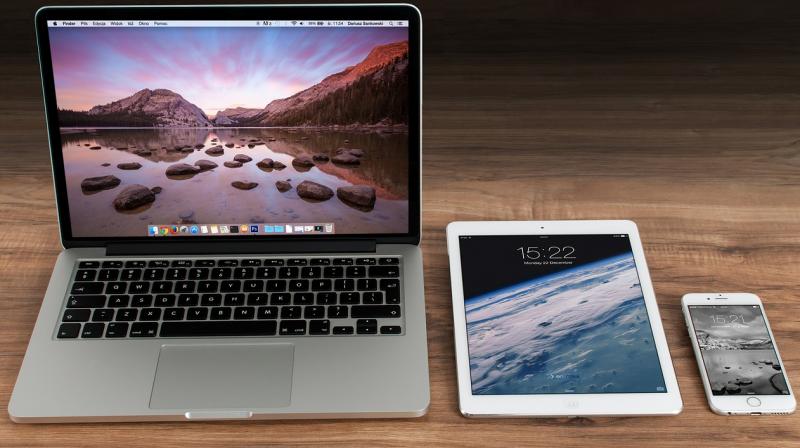 If speculations are to be believed, the premium smartphones could be the updated iPhone X and a bigger iPhone X Plus. (Image: Pixabay)

Apparently, it's going to rain Apple products in the second half of this year as a whole lineup of new and perhaps exciting gadgets are on the cards. While the reports of three new iPhones have been doing rounds over the internet, analyst Ming-Chi Kuo now gives us more reasons to anticipate by reporting about the prospective iPad upgrades, Notebook overhauls and all-new smartwatch.

Enthusiasts may be already updated but, for the uninitiated, the three iPhones scheduled to launch this year consist of a pair of premium models along with a lower priced iPhone. The formers are expected to boast of 5.8 and 6.5-inch OLED display while the latter may accomplish the requirement with a 6.1-inch LED display. If speculations are to be believed, the premium smartphones could be the updated iPhone X and a bigger iPhone X Plus. There aren't any detailed reports about the affordable handset.

Coming to the iPad, it is expected to walk on the footsteps of the latest iPhone X by adapting slimmer bezels and incorporating face id. The Home button may get axed which ultimately bids farewell to the touch id. We could see Apple unveiling its all-new 11-inch iPad besides the existing iPad model getting some major refreshments on the software and hardware front.

Well, bezels are not being reduced only on the iPads since the upcoming watch may also boast of chopped bezels for a more modern look. No other considerable changes have been predicted apart from the improved heart rate monitoring system.

Moving on to the bigger devices, the iMac is likely to witness tweaks on the display for improved quality and the Mac mini could also go through a few changes. The company is also foreseen to enlarge the MacBook products range with a new, more affordable notebook while the existing ones could see a processor upgrade. The updated range of MacBooks will perhaps be announced in October after the unveiling of new iPhones in September.