The 4K Stick now runs on a 1.5GHz quad-core Amlogic S905Z processor with 2GB of RAM and 8GB of storage. 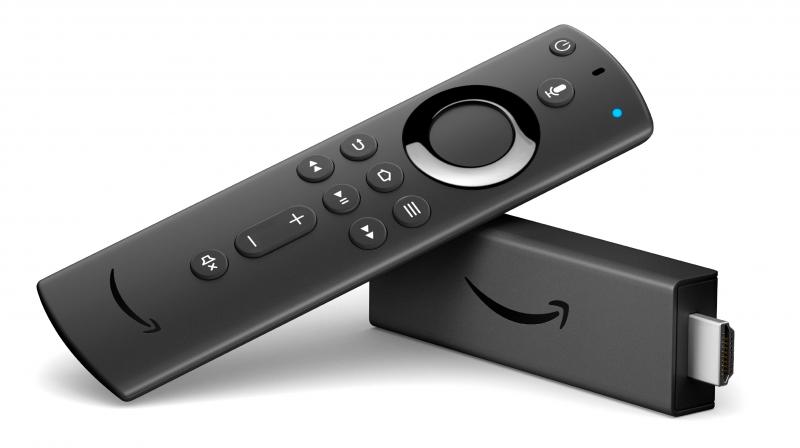 The new Stick now features a faster processor and 4K decoding capabilities. It sports the same design as the old one - a simple thumb drive-like design with an HDMI port on one end and a micro USB port on the side. Built in a plastic case, the company has managed to shove most of the electronics within the tiny dongle and has taken care of any heating issues, etc. 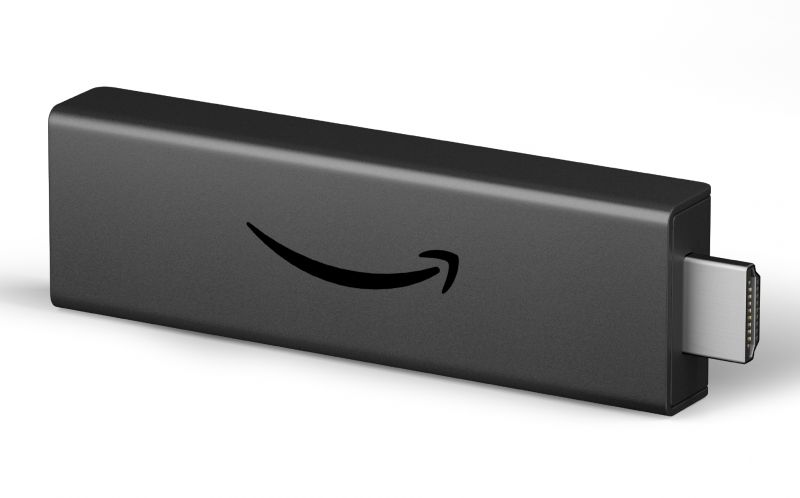 Underneath that plastic body is the big change that we spoke about. The 4K Stick now runs on a 1.5GHz quad-core Amlogic S905Z processor with 2GB of RAM and 8GB of storage. Wireless connectivity takes a bump too — 5GHz 802.11ac finally makes the debut with 2x2 MIMO dual antennas within. With this networking option, users can be assured of better wireless signals and lower interferences over the 5GHz network. However, one needs to ensure that the router is a dual band. If you don’t, you could spend on a USB Ethernet dongle and a USB OTG dongle (with charging port) to connect to a physical network. Do note, playing 4K videos over 2.4GHz networks can be pretty disheartening as the 4K content is heavy and slow connections will end up in downscaling or buffering.

Since the processor has been upscaled, and RAM increased, we definitely found that the user interface is now zippier and smoother. Scrolling through almost unlimited OTT titles on the screen is not boring anymore as the control seems almost flawless. As usual, the UI is the same from before. The only difference you will see here is a new carousal or band which features 4K or UHD videos.

Apart from 4K resolution output, the Fire TV Stick 4K also supports HDR10 and Dolby Atmos audio for a superior audio and video experience, but only on compatible televisions. Hence, you should consider checking your television’s or soundbar’s user manual for 4K HDCP 2.2 on any of its HDMI ports, and Dolby Atmos compatibility on the audio bar. Failing which, the audio/video will downscale accordingly, even though you may have the fastest unlimited bandwidth or the largest television. 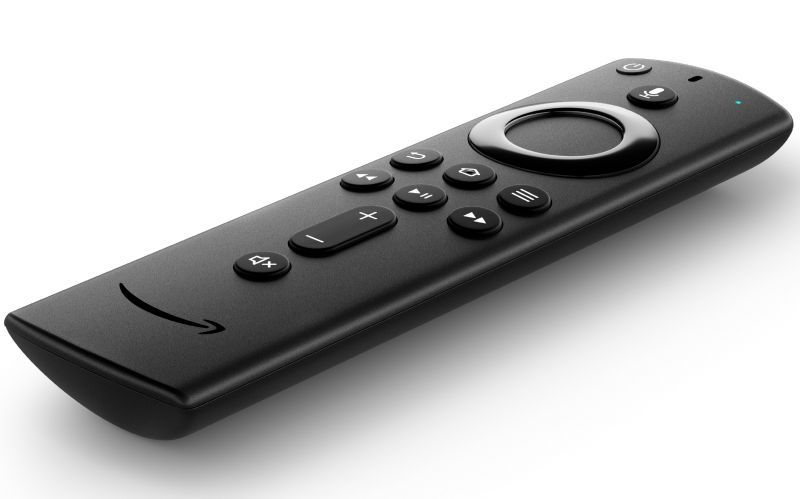 Apart from the internals, the remote controller here also takes a steep upgrade. The size remains the same, but the features have increased. Up front, you will find IR LEDs below the translucent hood. The remote is now an IR remote, but only for an IR-based television or Bluetooth soundbars. Since both the television and soundbars will only need a remote to control the volume and power, Amazon has incorporated a semi-universal remote controller with the usual Fire TV Stick Bluetooth remote. The IR remote section can be programmed to control most televisions today. So you can now control the power and volume of the television with a single remote controller. 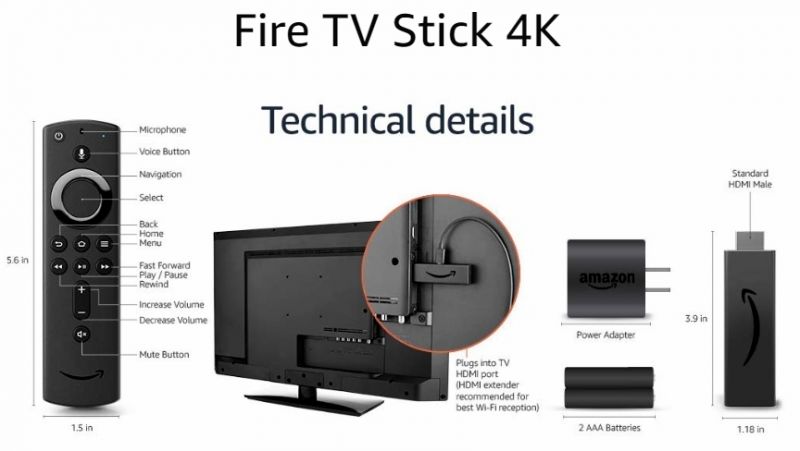 Taking things deeper into AI and IoT integration, Amazon’s Fire TV Stick 4K is now controllable from Echo speakers. You can now ask Alexa on your Echo to take charge of the remote controller for you. Alexa is now integrated within the Stick’s UI and now Alexa onboard can also help you with a better search from the web and apps within. Skip content ahead or behind, search for actor/producer/director-based content, play music, ask the weather, create a shopping list, ask traffic updates, and a lot more, with the Fire TV stick’s remote too. In short, Alexa is completely at your service on the Fire TV stick, via the Bluetooth remote or Echo Speaker (if you have one on your network). You can also take control of the Stick using the Fire TV app from your smartphone, in case you happen to misplace the remote or run out of battery life. The remote uses two AAA batteries (supplied in the box) and should last you around 6 – 8 months, depending on the usage. 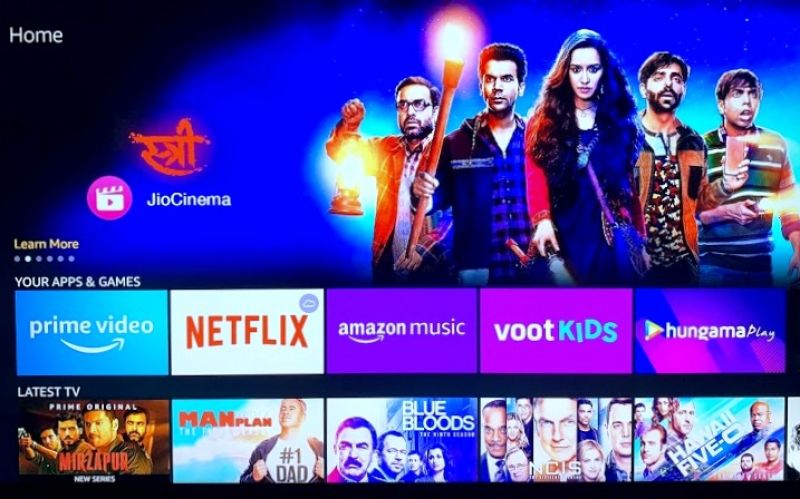 As mentioned earlier, the user interface is completely smooth and fast, but nothing new apart from a new bar with UHD content listed. When you play content in UHD, you will be informed if your television is not compatible, else with the menu button, you can see if your content is playing in UHD (4K) or not. Make note that your television, though 4K, should be HDCP 2.2-compliant on the HDMI port being used. Missing this means you won’t be able to enjoy 4K since HDCP 2.2 is a technology designed to protect content and prevent illegal piracy, especially for 4K UHD content. If your TV isn’t compatible, your content will automatically be downscaled to 1080p for playback. 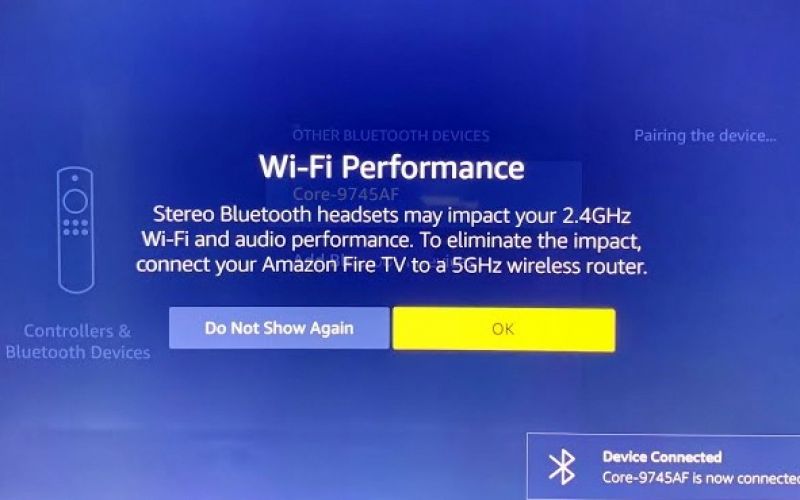 Powering the Stick is a usual micro USB slot that needs to be connected using the bundled power adapter and USB cable. The power adapter is now smaller than the previous generation and it is recommended that you use the power adapter rather than using the television’s USB port for powering it. If the Stick falls short of power requirements, it will inform you immediately that the supplied power is not sufficient for 4K playback. 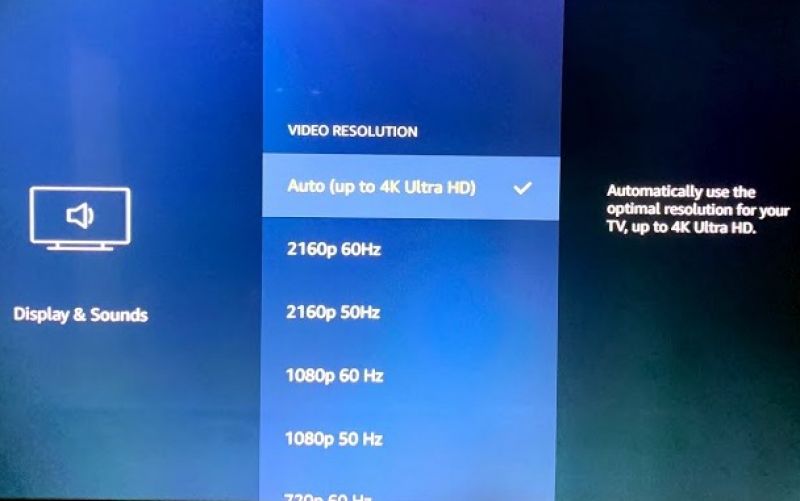 Setting up is a breeze. If you are already an existing Fire TV Stick user, you will be accustomed to how it works, but if you are a new user, you will be happy with the way the setup takes you through the process. Sadly, the remote still does not have a physical keyboard for standard inputs for passwords, but this is a one-time issue and you can make do with the onscreen keyboard. While setting up the device, you will be asked for your TV’s remote control options to test and setup. Later after the setup is done, you can also head to the settings menu for a more advanced setup of the device. Here you can enable app installation from third-party sources to install your own apps that are not available on the Amazon app store. 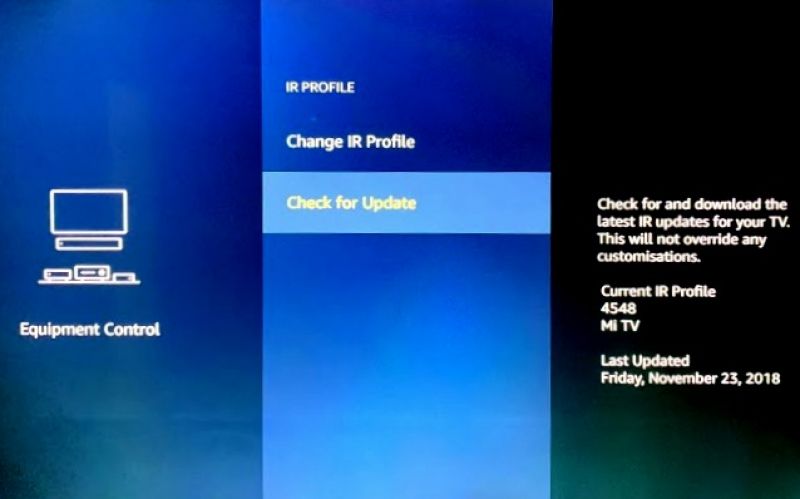 Apart from this, you can also set your television output to a set resolution of 720p, 1080p or 2160p (UHP) in 30/60 fps at your wish. If you know you are having a lower bandwidth or lower data plan on your internet, you can either set the Stick to a lower resolution or set up the option to manage your data automatically. The Fire TV Stick 4K UI will automatically serve you with the best quality or best performance according to your choice to save data accordingly. 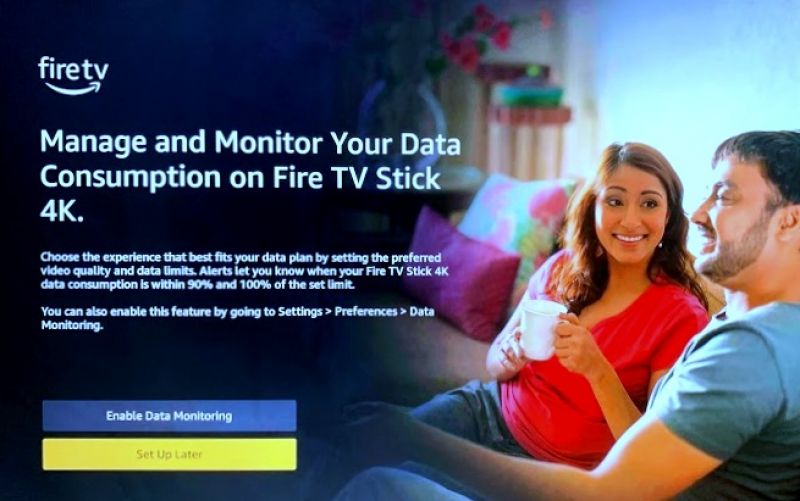 Playback is as flawless as it was on the older gen. The new 4K Stick can play 4K without any efforts, provided the TV and internet connections are compatible and compliant. Playback on 4K is smooth and the difference in quality can be seen. You can play content easily from 4K compatible apps such as Netflix, YouTube, and many more. While YouTube cannot be played using a native app, it is screened via a browser because Google does not want to share YouTube with any other Android-based TV other than official Google Android Smart TVs. As far as Dolby Vision is considered, presently Netflix and Prime are the only ones that support this feature, and that too is only visible on compatible televisions. 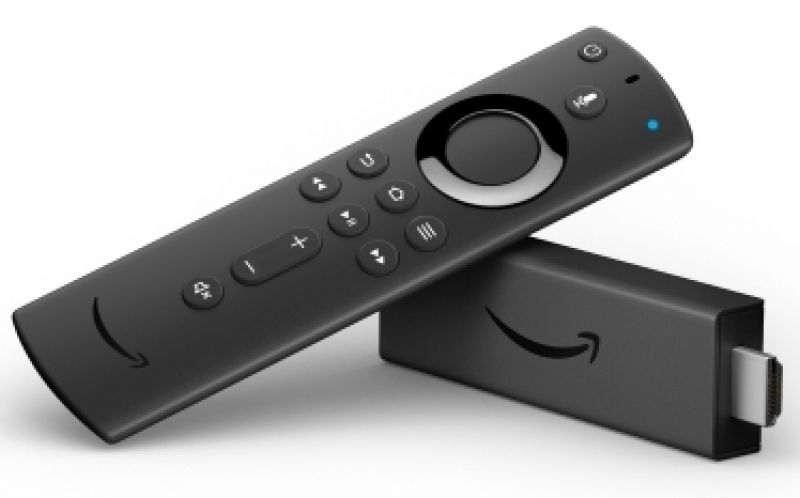 If you are looking for a streaming stick that can do 4K with ease, be controlled by voice, have Android apps compatibility for installing other OTT apps, the Amazon Fire TV Stick 4K is probably the perfect device out there. If you have a compatible and compliant television and internet/wireless connection, the Amazon Fire TV Stick 4K is a perfect way to make any smart television smarter. For Rs 5,999, the Stick 4K is a great deal for almost everyone who wants to make their large screen television smart. Sadly, this time around, Amazon has not offered new customers with a one year free Prime membership as the last time.