The Fossil Gen 5 Smartwatch is a great alternative to the hugely popular Apple Watch Series 4. 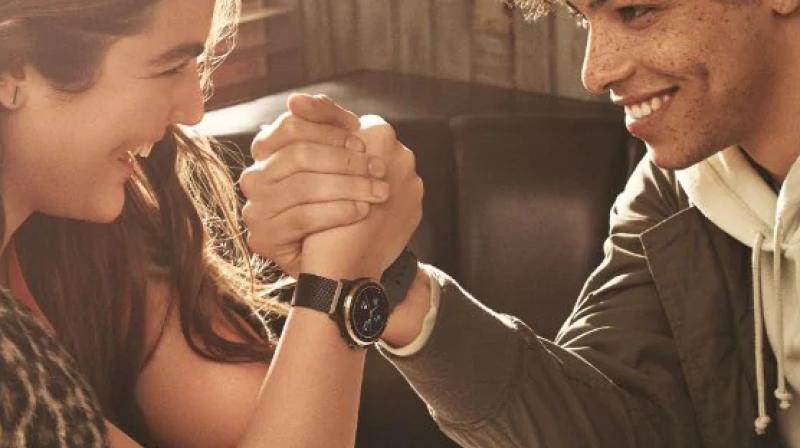 The Fossil Gen 5 Smartwatch is the Apple Watch 4 killer we have been eagerly awaiting and there is an excellent reason for even iPhone owners to purchase it.

The Apple Watch has been a dominant force in the wearable industry since its launch a few years ago. There have been several brands trying their luck to usurp its reign but to no avail. However, a new smartwatch that has been recently launched has the potential to do just that. The Fossil lineup of smartwatches have been the most popular alternative for the Apple Watch and it has found great success for those who use the Android as well as the iOS platform. Now, Fossil has introduced the Gen 5 Smartwatch, and this time it poses a definite threat to Apple’s dominance.

The Fossil Gen 5 Smartwatch is the Apple Watch 4 killer we have been eagerly awaiting and there is an excellent reason for even iPhone owners to purchase it. This is the first Wear OS smartwatch that can take calls from a tethered iPhone which means that instead of merely alerting you when you’re receiving a call, the Fossil Gen 5 Smartwatch will allow you to answer calls right from your wrist. Hence, there is no need to whip out your iPhone to answer the call if you don’t feel like.

The only catch lies in the fact that the iPhone tethering feature isn’t yet available on the Fossil Gen 5 Smartwatch at the time of launch. This feature will arrive as an OTA in the form of a proprietary app later this year.

While the Apple Watch is able to answer calls from your iPhone and much more, the Fossil Gen 5 Smartwatch still won’t be able to support apps like iMessage. This means that you won’t have the ability to reply back to messages from the Fossil option. Also, the Gen 5 won’t be able to work with iOS apps such as Apple’s Health app which means your fitness data won’t be stored. However, with the ability to answer calls from Gen 5, it may entice some iPhone users who want to make the shift to a marginally cheaper option and with more traditional watch design.

The latest Gen 5 Smartwatch from Fossil is packed to the brim with new-age specs including a Snapdragon 31000 processor, up to 8GB of storage and 1GB of RAM. It also comes loaded with a swimproof speaker which means that it doesn’t require a mesh barrier like the Fossil Gen 4 Smartwatch to keep out water. Interestingly, it also comes with an extended battery mode which allows the Gen 5 to last several days on a single charge.