Slated to be launched on July 24th, Huami is expected to offer fully functional smartwatches at affordable prices. 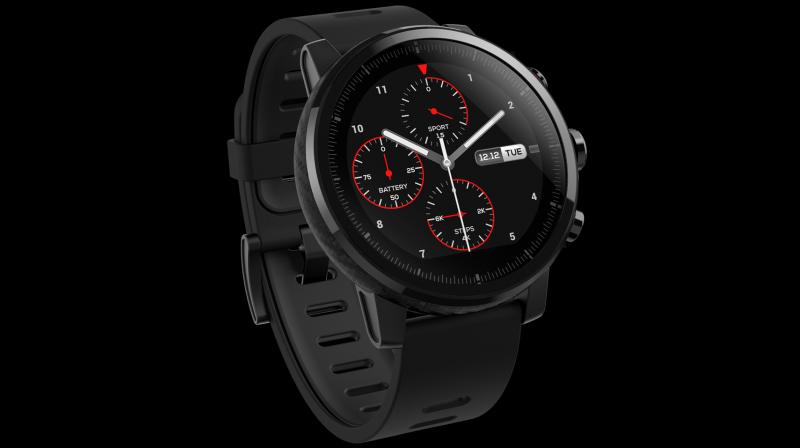 The teasers highlighted two of Huami’s popular models in the smart wearable category — the Amazfit Bip and Amazfit Stratos.

The smart wearables segment has seen fairly successful innings in India — thanks to a host of affordable wearable devices from new Chinese entrants such as Xiaomi, Honor and several others. Xiaomi’s sub-brand Huami has been doing reasonably well in the Chinese market and now wanst to open its innings in India with its range of highly affordable yet functional smartwatches.

The company teased its arrival in the Indian market through social media posts recently. The teasers highlighted two of Huami’s popular models in the smart wearable category — the Amazfit Bip and Amazfit Stratos. Huami hasn’t unveiled the expected prices yet, but expect the products to be competitive as Xiaomi’s sub-brands usually sell quality devices at affordable prices.

When power, performance and innovation unite, a revolution takes place. Watch it unveil in India on 24th July. #DoItRight pic.twitter.com/Ccg5Hrs7Pu

The Amazfit Bip is the more affordable of the two, sporting a rectangular 1.28-inch display with Gorilla Glass protection. It relies on Bluetooth 4.0 LE for connecting to Android and iOS devices. The Amazfit Bip offers 20mm standard width changeable watch bands and is claimed to be IP68 certified water and dust resistant. It kept alive by a 190mAh battery that can last for up to 30 days. The Bip is capable of tracking steps, runs, cycling and has an optical heart rate sensor.

The Amazfit Stratos is pretty similar in functionality to the Bip. However, it sports a circular 1.34-inch display. Huami states that it is powered by a 1.2GHz dual-core processor coupled with 512MB RAM and 4GB internal storage. Apart from showing smartphone notifications for calls, messages, emails and other applications, it can track runs, walk, trail run, cycling, elliptical training, pool swimming, tennis, skiing and soccer. The watch uses a 22mm standard watchband and is water resistant up to 50 meters. The wearable is packed with a 290mAh battery that can last for up to 5 days.