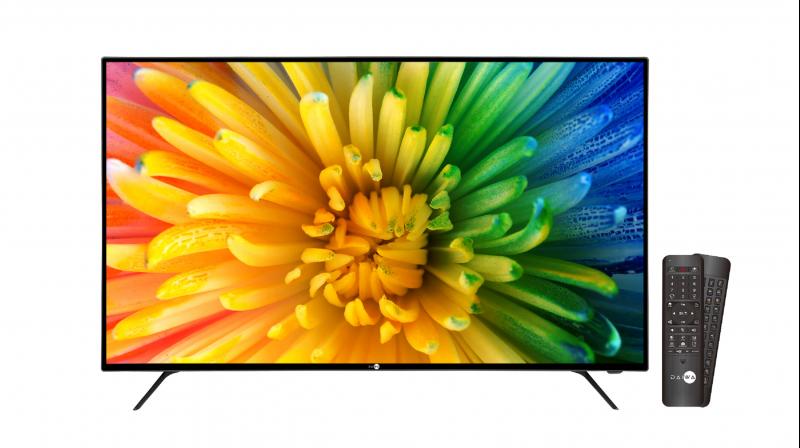 The Quantum Luminit 4K LED Smart TV sports a metal frame design. It features a screen 4K resolution of 3840x2160 pixels with HDR and is sports an A+ grade panel with a contrast ratio of 500000:1.

Powered by HDRX, the TV claims to produce a dramatic contrast and extended color range, that ensures visuals are displayed as it’s meant to be. The TV also features a built-in 20W Soundbar to help enable a theatre-like sound effect.

The Daiwa TV features 1GB of RAM and 8GB of internal storage and is powered by Android 7.0with pre-installed apps such as Netflix, Hotstar and YouTube.

The TV also comes with AI-powered Sensy technology (with voice command), that works when downloaded on the smartphone. The Technology creates a TV guide app that creates a wall of moments directly accessed from the Set-top Box. The technology also allows users to access the Set Top box with TV remote directly. Lastly, the TV comes with a Web Play Remote, which works as an air mouse and also has a QWERTY keypad for typing convenience.