After getting scrapped and revived several times, Apple is finally expected to begin shipments next year. 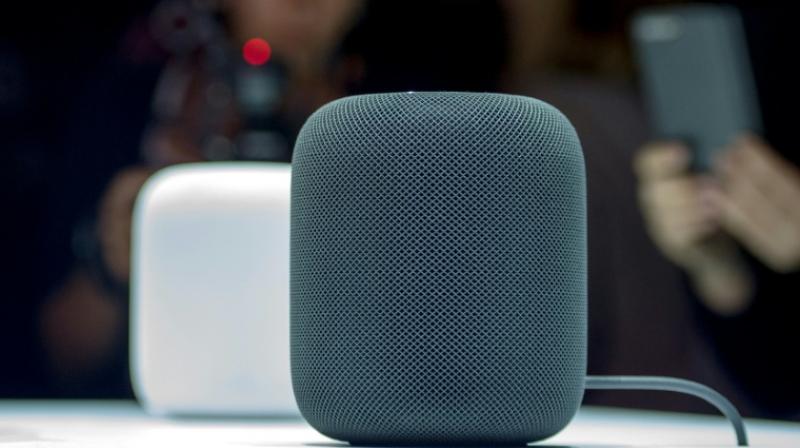 Apple's HomePod smart speaker will enter a market segment dominated by Amazon and Google, but is being touted as a high-quality music device. (Photo: AFP)

Apple was expected to launch it's HomePod smart speaker in December 2017. The combination of premium speaker and Siri is now expected to come to market early in 2018. In announcing the delay, Apple said that while it wanted everyone to experience the HomePod, "we need a little more time before it's ready for our customers."

Apple’s smart speaker was in development since 2014, but scrapped the whole idea, only to re-engineer the device in several times since then. In the meantime, the smart speaker market has been captured by rivals like Amazon, Google, Microsoft, and others.

Amazon’s Echo is the most popular choice with over 15 million units sold.
The Echo with its Alexa assistant can report; latest weather forecast, stock prices, sports scores, news headlines, activate smart appliances inside a smart house, order you a pizza, order you a ride, and much more. Besides the Amazon Echo, other competitors include the Google Home series with Google Assistant, the Microsoft Invoke with Cortana, and upcoming smart speakers from Sony (using Google Assistant) and Samsung (featuring Bixby).

The Apple HomePod, on the other hand, is made with a mesh cover and carries a high-end speaker with a 4-inch woofer, six microphones and an array of seven tweeters. The device is powered by the same A8 chip used on the Apple iPhone 6. Apple differentiates the HomePod by claiming to produce a premium sound for streaming music, which is why it is priced higher than Amazon's Echo.

So Apple did create a product for the audiophiles with the HomePod, the smart speaker cannot do as many things as the Echo can. Requests to open third-party apps must go through an iPhone instead of through the cloud, as with the Echo. While the HomePod focuses on music and quality sound, the Echo is about using Alexa as a personal assistant to get tasks done.

Apple seems to be taking the HomePod back to the drawing board in an attempt to widen the appeal of the product and include as many features as possible.

According to a PhoneArena report, Apple has told suppliers that it expects to ship four million HomePods in 2018. The expected price is $349 (Approx Rs 22660).