Google teamed up on technology initiatives, including development of affordable smartphones for price-sensitive, tech-savvy Indian market 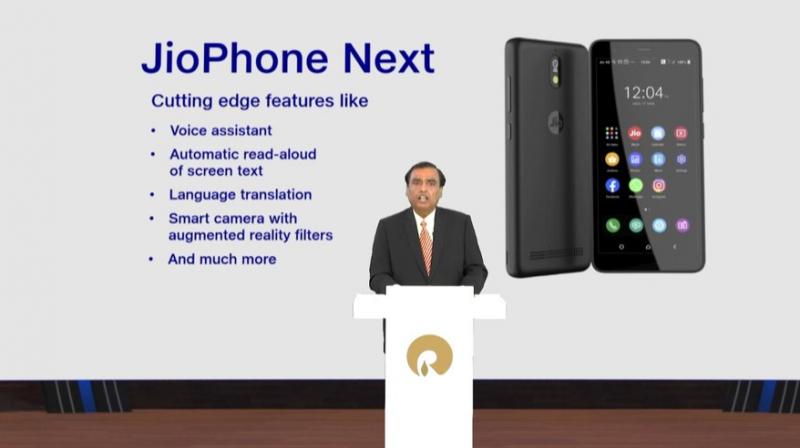 JioPhone Next will be available from September 10, and will be the most affordable smartphone globally. (Photo: Twitter)

JioPhone Next will be available from September 10, and will be the most affordable smartphone globally, Ambani said while addressing RIL's annual general meeting.

The "extremely affordable" smartphone will have cutting-edge features, including voice assistant and language translation, among others, he said.

He further said Reliance Jio will use Google Cloud for 5G.

Last year, Google had announced an investment of Rs 33,737 crore for a 7.7 per cent stake in Reliance Industries' technology venture Jio Platforms. The tech giant had also teamed up on technology initiatives, including development of affordable smartphones for the price-sensitive, tech-savvy Indian market.