OPPO has filed a patent for a roll-out smartwatch that puts the Apple Watch 4 to shame. 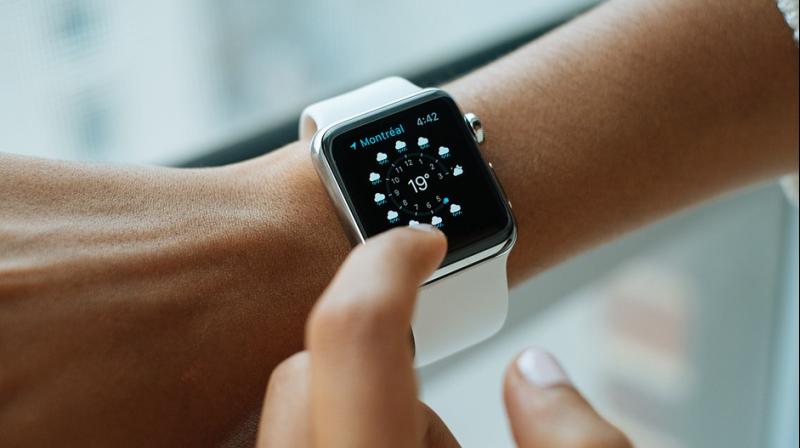 The colour renderings put together by LetsGoDigital allows the screen to expand while the height of the display remains the same. (Photo: LetsGoDigital)

In the past couple of weeks, we have seen smartphones with foldable screens of various form factors. This will be the evolution of smartphone technology and the old candy bar form factor will be passé giving rise to single-fold displays, multiple folds and more. Samsung CEO DJ Koh suggested that smartphones with foldable screens were the next step but later on, wearables will be the in thing when it comes to smartphones. These words appear to be ringing true a lot sooner than expected and while Koh claimed that in five years, wearables would take over, several brands are started to patent devices that can be worn on the wrist which open up to a smartphone or even a tablet.

OPPO has filed a patent for a smartwatch that’s unlike anything we have seen from Apple or Samsung, who are the undisputed leaders in the wearable segment. OPPO’s option is drastically distant as you can add a display that expands into a long screen that’s 200 per cent the size of the original.

The colour renderings put together by LetsGoDigital allows the screen to expand while the height of the display remains the same. As per a report by BGR, “the “unfolded display” would extend down the length of the arm you’re wearing the watch on, leaving you free to operate it with your other hand.” 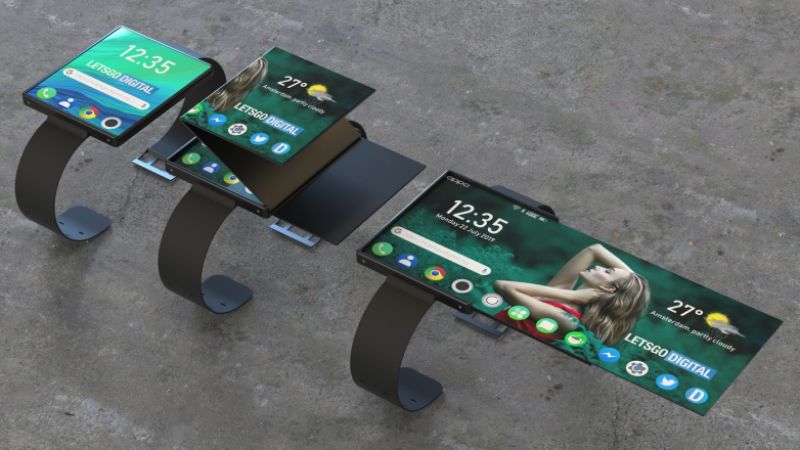 When the smartwatch is in its regular state, the additional display gets stored in the watch under the primary display. The report states, “There’s a recessed groove which the screen slides out from, and the design concept here envisions a pressure mechanism that lets you press to unfold the screen which also prevents the screen from accidentally unfolding itself.”

The question persists — could this smartwatch be a reality any time soon? Our guess is probably no. Given that Samsung has had a horrendous time producing a display for a smartphone with a single fold; achieving such a device would need to go over several hurdles to become a reality.

However, OPPO has the technical ability to achieve such a smartwatch as they have demonstrated with the O-Band activity tracker which was a pretty ingenious device for the time. With this being said, constructing a smartwatch with such a display is no easy task and we hope OPPO goes ahead with it as it would revolutionize the wearable market.