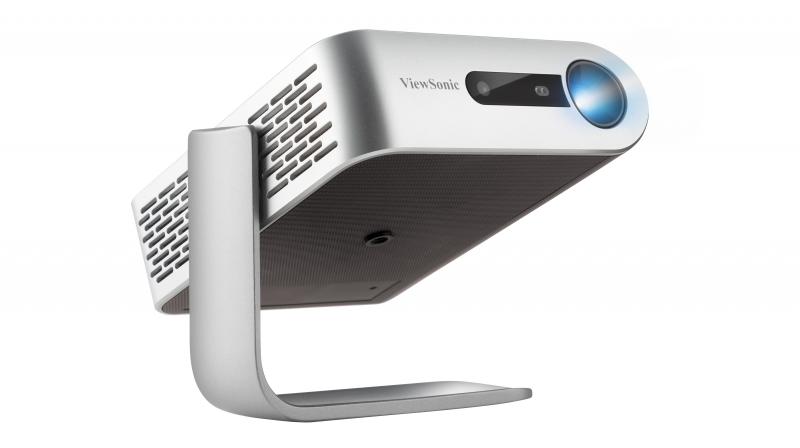 The ViewSonic M1 ultra-portable projector is priced at Rs 49,000.

The company claims that the ViewSonic M1 is designed to be compact and lightweight, and weighs about one and a half pounds making it portable to carry around. Featuring 250 ANSI lumens of brightness, the M1 projector is engineered with a 120,000:1 contrast ratio, as well as a short-throw lens that can display large images in small spaces.

The M1 projector utilises the solid-state LED technology, that essentially makes the projector mercury and lamp free. With support for Full HD (1080p) resolution, the M1 is also 3D compatible with optional PGD-350 3D glasses. The integrated, patent-pending Smart Stand promises to provide simple setup, allowing the projector to be placed in different positions at any angle, while also doubling as a lens cover. When the lens is uncovered, the M1 automatically powers on with full brightness for instant use. The projector comes equipped with 16GB of internal storage. The projector comes with a built-in safety feature that temporarily turns off the lens when objects are detected too close to the projector. It is powered by a built-in battery that promises backup of up to six hours and LED technology that claims to offer up to 30,000 hours of usage.

To share and view multimedia content, the M1 comes with multiple connectivity options including HDMI, USB 2.0 and USB Type C, Audio Out and a microSD card reader. The ViewSonic M1 ultra-portable projector is priced at Rs 49,000.