Seagate Backup Plus Portable 5TB review: Winner all the way!

Priced competitively, this Seagate drive bests everything that's currently available in the market. 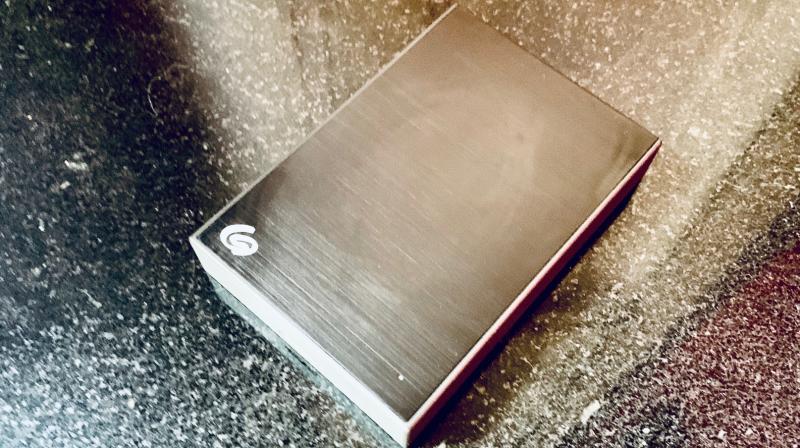 . The Seagate drive is built with a combination of hard plastic and aluminium and it feels very secure.
Rating:

At a time when Cloud storage is gaining a significant amount of traction, the trust we have for physical storage drives is immeasurable. This is mainly due to the numerous horror stories we hear about various cloud storage accounts being hacked and important personal information being shared across the internet without our consent. This isn’t to say that physical storage drives are a 100 per cent foolproof solution; but let’s be honest, it’s the next best thing.

Seagate, one of the most trusted names in the HDD space have recently introduced the Backup Plus Portable external hard drive from its Portable series. Available in both 4TB and 5TB versions, this drive is intended for those who want an all-in-one solution for backing up large banks of media without the need for multiple drives. It works with both Windows and Mac operating systems and features the USB 3.0 interface that’s backwards compatible with USB 2.0 ports as well. Apart from this, the Seagate Backup Plus Portable 5TB is loaded with additional features such as auto backups as well as a 1-year Mylio Create membership and a 2-month free Adobe Creative Cloud plan.

Back in 2016, Seagate first introduced a version of this drive and for those of you who have purchased it; you will find telling the new model apart to be a tedious task. Looks-wise there is no difference here and that’s a good thing as the previous generation drive was a stunner as it came with a brushed aluminium finish that oozed substance. This drive is no different and Seagate’s mantra of don’t fix what’s not broken rings true with the 2019 version. Considering the fact that the previous version did extremely well with rave reviews across the board, we expect the 2019 model to do as well if not better.

The 2019 Seagate Backup Plus Portable comes with additional features which make it relevant for first-time consumers as they have thrown in a 2-month Adobe Creative Cloud photography plan as well as a 1-year Mylio Create membership. By adding these two options, Adobe has given potential consumers an added impetus to upgrade to the latest version since the previous model came with just Adobe Creative Cloud.

In terms of size, the drive measures 4.539 x 3.15 x 0.823 inches (Length x Width x Depth) and weighs 0.265kgs. To put into this into context, it measures around the size of a hip-flask and it can be pocketable. The Seagate drive is built with a combination of hard plastic and aluminium and it feels very secure. By using this combination of elements, the drive is sturdy enough to withstand accidental bumps. The drive is available in a range of colours such as Light Blue, Silver and Black. In for review, we received the latter model which has a stately appearance to it. 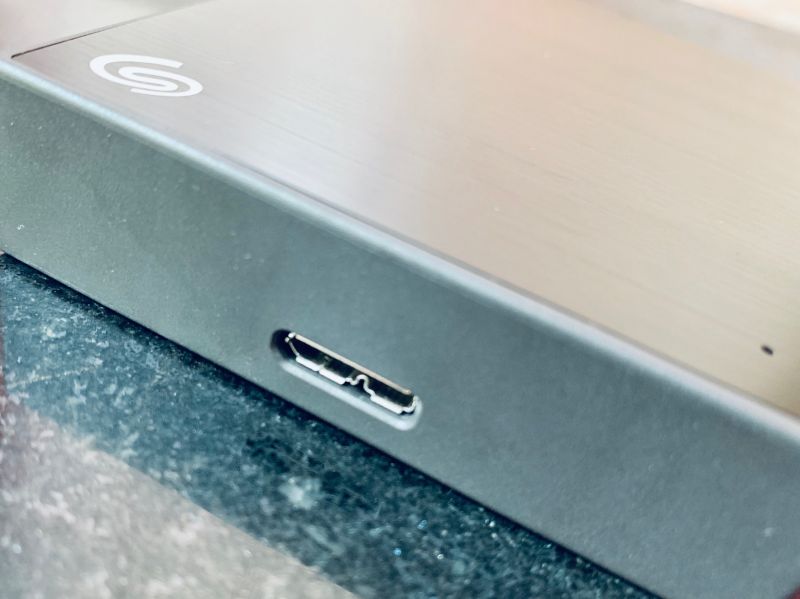 The top of the drive features the Seagate branding and an LED indicator while the reverse displays information regarding the product such as storage information, regulatory certifications, etc. Like most portable drives available in the market, it features a USB B-Type connector while the other end of the cable slots into a standard USB Type-A female port to offer up to 5GB of transfer speeds.

The Seagate Backup Plus Portable uses the same design technology as the 2016 version and measuring 0.823-inches high, it features the brand’s BarraCuda internal drive that combines five 2.5-inch platters that hold a 1TB capacity each.

We ran a few tests on this drive and in the BlackMagic test on a Mac, the drive recorded a speed of 136.1MB/s in read speeds and 132.3MB/s in write. While testing it on a Windows with the ATTO benchmarking tool, we found similar Read speeds but much lower Write speeds. Taking these scores into consideration, the Seagate drive fares as promised and is on par with benchmarks set by rival brands. 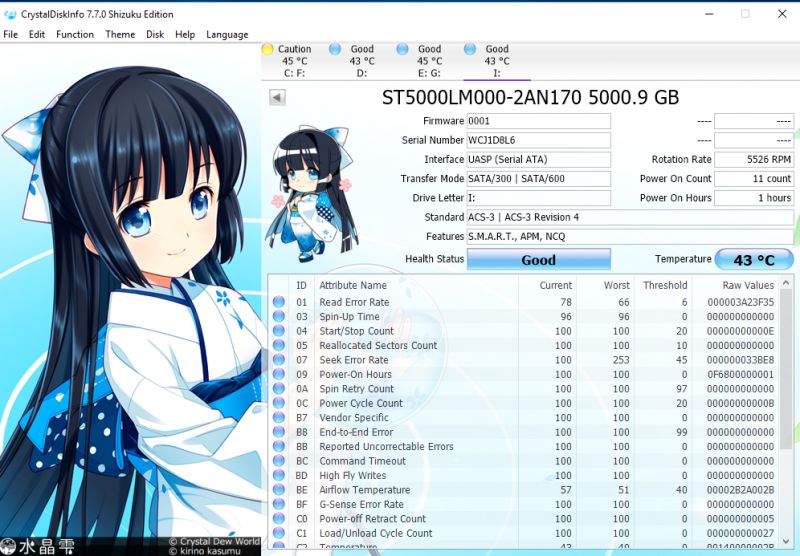 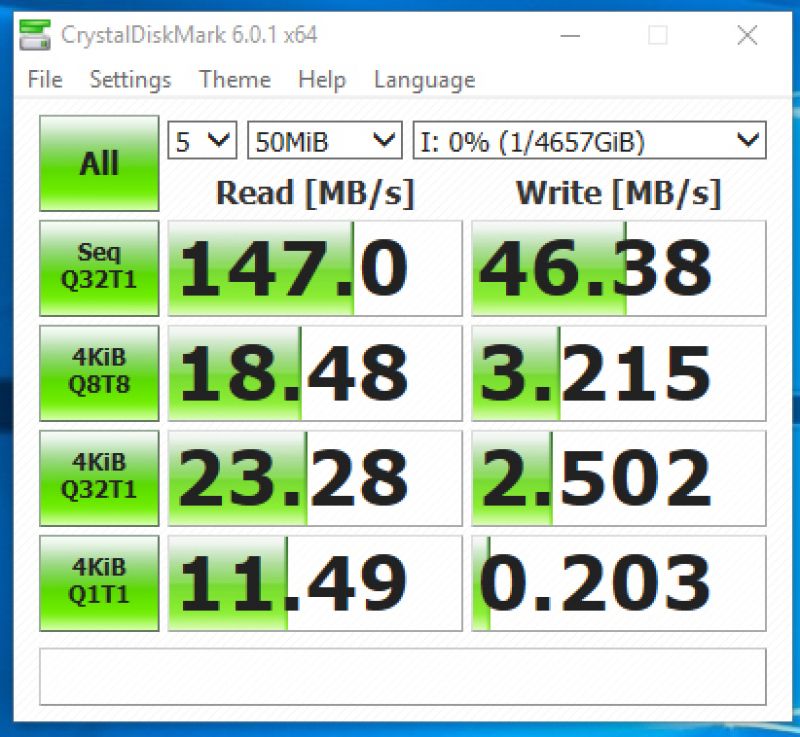 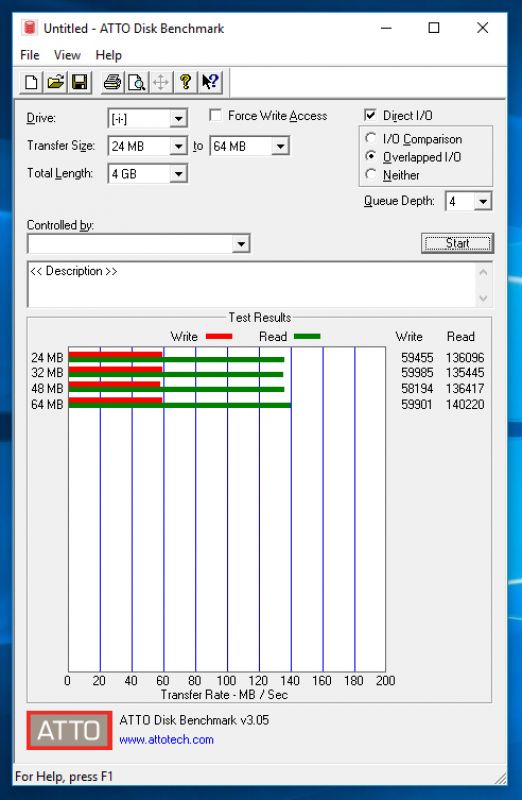 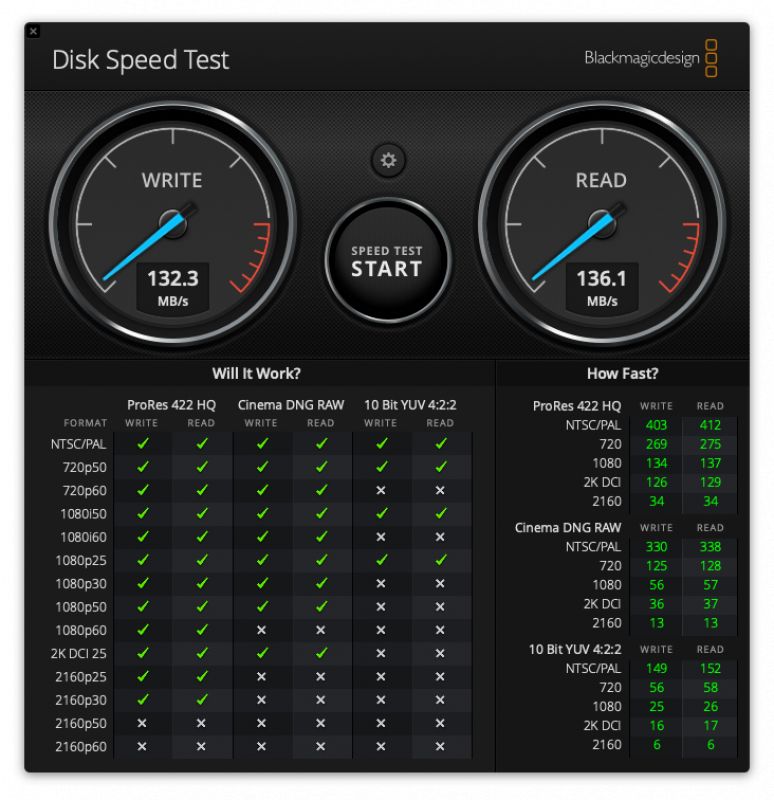 Overall, the Seagate drive is a very solid performer that bests what’s available in the market. While the hard drive may not feature blitzkrieg speeds, it is by no means slow and performs at half the speed of its SSD cousins; which is saying quite a lot for an external HDD.

While storage space may be the ultimate intention for buying this product and let’s face it, 5TB is plenty lot; the other reason which makes this a recommended accessory are the additional features Seagate throws in. With Adobe Creative Cloud, Seagate offers you two-months membership worth USD 19.98 where you can easily edit, store, organise and share full-resolution photos from anywhere. Whether it’s editing photos with Lightroom CC or creating artwork with Photoshop CC, this two-month plan has got you covered.

Your 1-year Mylio Create account begins as soon as you register your drive and with it, you can organize your photos, automate protection and see them on all your devices. With this photo-storage service, you can store images that can be viewed on plenty of devices as well as computers. The software advertises itself as, “One app to collect all your photos, videos and documents into a single library, automatically organizing them into a visual story of your life.” So apart from storage, you can also edit images, including RAW files with filters, presets and more.  Essentially, it is a service that allows you to sync and view all your images and videos from various devices in a single place.

Apart from these handy tools, there’s also an interesting service which Seagate offers and that’s Rescue Data Recovery. With this service, Seagate is offering their professionals to try and recover your lost data which may have been accidentally deleted. And what’s better, this service is valid for up to two years from the time you purchase the drive. 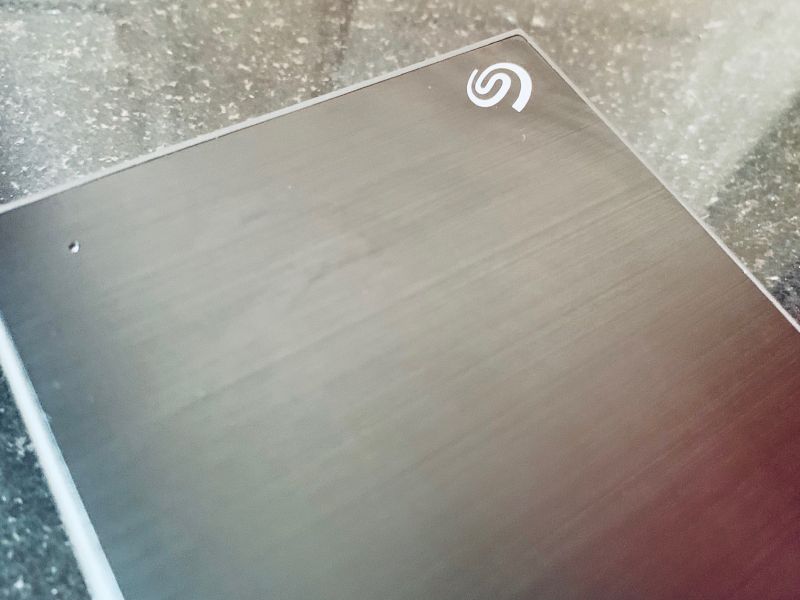 The Seagate Backup Plus Portable starts at Rs 11,999 for the 4TB version while the 5TB model I priced at Rs 16,499. This drive is marketed at those who require a lot of storage in the most compact form factor as possible. This drive is ideal for video editors, game developers, VFX artists or anyone who requires a lot of space on the go. This drive is priced very competitively in India and along with the additional services on offer, we put this drive as a must purchase item. With the Backup Plus Portable, Seagate is offering you what very few other brands can and throw in the auto-sync features along with customizable back-up, you get a winner any which way you look at it.