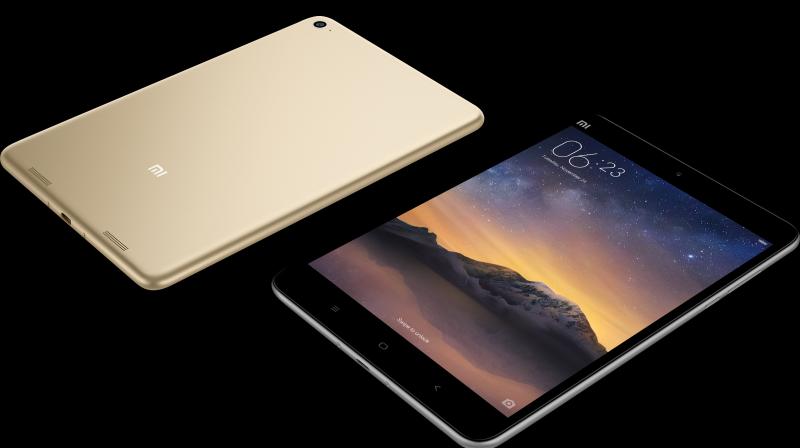 An 18:9 display could help Xiaomi reduce the footprint of the device. (Representative Photo: Mi Pad 2)

Xiaomi has really taken the world of technology by storm with its highly value-for-money smartphones across a wide range of categories. However, Xiaomi is more than just smartphones, as is evident from its range of laptops, fitness bands and audio accessories. Xiaomi also has a presence in the tablet segment in the Chinese market with their Mi Pad range of devices. The Mi Pad 3 is presently doing duties for the company in the tablet segment and now it seems that the company might be prepping a successor to the device very soon.

Leaked firmware files discovered by chaps at XDA Developers suggest that Xiaomi is almost done developing the Mi Pad 4 and is planning to launch it pretty soon. The Mi Pad 4 has been spotted to be powered by Qualcomm’s Snapdragon 660 chipset — the same chipset that powers the Mi 6X. The inclusion of the SD660 SoC suggests that Xiaomi might it pit against the base Apple iPad in the market.

Since it’s a Xiaomi device, it will be running on MIUI 9 based on Android 8.1 Oreo. However, the Mi Pad 4 might claim its fame to be one of the first tablets in the world to sport an 18:9 display with narrow bezels all around. An 18:9 display could help Xiaomi reduce the footprint of the device. The display is however claimed to carry a pixel density of 320 DPI, which is pretty surprising for a tablet device.

The leaked firmware files also reveal a 6000mAh battery keeping the tablet alive. Also, the rear camera will sport a 13MP sensor with f/2.0 aperture, which is claimed to be also capable of shooting portrait photos. The front camera will be a 5MP affair as usual.

If the leaks turn out to be true, Xiaomi will be launching the Mi Pad 4 in the Chinese market pretty soon. However, Xiaomi has no presence in the tablet segment in India and it remains doubtful if they change their minds in the near future.